Glaswegian multi-instrumentalist trio Machines In Heaven return with their deliciously experimental, increasingly psychedelic and always danceable brand of indie-electronica in their ‘Phenomenology’ LP, set to drop 13th May via Hot Gem Tunes. The three-piece, comprised of Greg Hurst, Davey Gwynne and Connor Reid, have been bringing together widescreen electro, sunshine-textured shoegaze, majestic post-rock and melodic synth-pop influences since the release of their debut album ‘bordersbreakdown’ in 2014. The LP won the group critical acclaim from MTV, Clash, The Skinny and BBC Radio 1’s Ally McCrae, and ushered in a relentless stream of successful subsequent releases. Their second album ‘Phenomenology’, named simultaneously as an homage to the band’s non-musical influences and as a template they used to build a concept on, opens with the echoing synths, distorted guitar and pattering percussion of ‘Silfra’ before giving way to the dark, spacey synths of forthcoming single ‘Let’s Hang Out At Pluto’. The group explains it started out when “Greg decided, fairly late on in the recording process, that there weren’t enough jerky, syncopated beats going on in the LP.” The unpredictable, eerie feel of the record owes its provenance to his decision to make a 170BPM drum n bass tempo track “that didn’t sound anything like drum n bass”, and is named after NASA’s New Horizons mission to Pluto, providing the “perfect soundtrack for a lonely probe blasting through the solar system.” 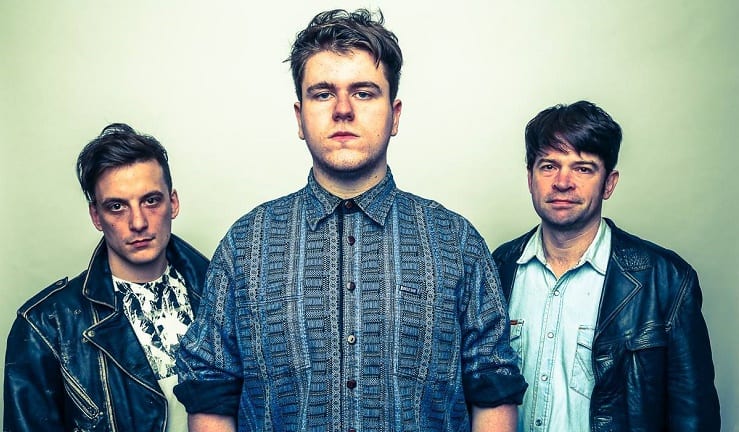 The space theme seemingly continues with second single, ‘Ruix Con’, which features twinkling electronics alongside atmospheric, Burial-esque production. The early Madonna and Chic influenced basslines of ‘Logarithm’ have an unmistakably 80s synth-wave feel, with distorted vocals reminiscent of dance-music juggernauts Daft Punk, and are followed by the psychedelic Neu!, Can and Popol Vuh inspired ‘8034’. A psychedelic, ‘proggy’ arrangement that forms one of the band’s proudest moments on the album, as the Krautrock-inspired guitar layers build so does the intensity. The Eastern inspired soundworld of penultimate track ‘Dr. Whit’ has an unmistakably sci-fi feel and is an imagined sonic meeting between Doris Lessing and Philip K Dick. The bass, played with the structure of a medieval waltz, is a true testament to the innovative composition found throughout the album, such as in the sample-laden ‘Ragman Rolls’, which closes out the album with haunting, alien-like gaelic/ghaidhlig recordings taken from the archive of ethnomusicologist Adam Lomax’s field recordings.

Since winning ‘Best Electro Act’ at the Scottish Alternative Music Awards (SAMAs) in 2014, Machines In Heaven have been developing both their recorded sound and live show. Touring extensively across the UK with standout performances at T In The Park, Electric Fields, Wickerman and Kelburn Garden Party, they have drawn comparisons to the iconic sounds of DFA Records, Prince, Aphex Twin and Glasgow’s decibel-decimating finest Mogwai. ‘Phenomenology’ aptly represents the continued refinement and diversification of their unique sound; something which makes them harder to categorise with each fresh release. Yet one thing seems certain – the future belongs to the Machines.