Chicago-based MC Lupe Fiasco (born Wasalu Muhammad Jaco) began rapping in junior high school and joined a group called da Pak several years later. The group signed to Epic, released one single, and split up, all before Fiasco reached the age of 20. Thanks in part to the vocal support of Jay-Z, L.A. Reid signed Fiasco as a solo artist to Arista, but before anything of significance was able to happen (only a promo single and a couple guest appearances were set up), Reid was fired, leaving the MC without a label. Fiasco eventually landed at Atlantic. Preceded by the single “Kick, Push,” as well as several mixtapes and an appearance on Kanye West’s “Touch the Sky,” the album Food & Liquor was set to surface during early 2006, though an unfinished version leaked during the spring, pushing its official release back to September instead. The album peaked at number eight on the Billboard 200 and earned the cerebral rapper three Grammy nominations; “Daydreamin'” (featuring Jill Scott) won the award for Best Urban/Alternative Performance. A highly conceptualized follow-up, The Cool, was released in December 2007. Gold sales certification and four additional Grammy nominations followed. 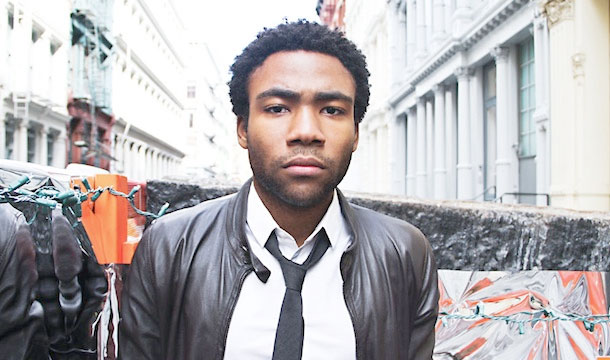 Despite his track record, Fiasco met a number of obstacles on the way to the release of his third album, Lasers. The process culminated in a petition signed by over 30,000 followers who demanded that Atlantic release the long-delayed album, which was followed by a fan protest outside the label’s New York City offices. Lasers, finally issued by Atlantic in March 2011, topped three charts: the Billboard 200, Hot R&B/Hip Hop Albums, and Hot Rap Albums. It was propelled by “The Show Must Go On” (which barely scratched the upper half of the Hot R&B/Hip-Hop, but went Top Ten on the Hot 100) and “Out of My Head” (number 40 Hot 100; number 11 Hot R&B/Hip-Hop). Work on the MC’s fourth album, cumbersomely titled Food & Liquor II: The Great American Rap Album, Pt. 1, began while Lasers was in pre-release limbo. Its development and September 2012 birth was relatively uncomplicated, though Fiasco — never one to evade controversy — received some backlash for “Around My Way (Freedom Ain’t Free)” (for its bold use of Pete Rock & C.L. Smooth’s 1992 classic “They Reminisce Over You [T.R.O.Y.]”) and “Bitch Bad” (criticized so firmly by Spin magazine that it prompted Fiasco to call for a boycott of the publication).

[Verse 1: Lupe Fiasco]
Give me that late 80s early 90s old school
Feeling like my second album, so cool
Chiraq summer looking so cruel
Look shorty in the eye, told me it was no rules
Went to speak but was like never mind
Let my mind just sneak back to a better time
When I was his age and if he’s ever mine
Thinking he would only think back to this and never find
Better times to think back to when it comes
And he’s older in the presence of somebody young
Telling him the same things that he told me
And he reacts the same way as that OG
But it’s old school, it’s like ’03
And this old man is my old me
Takes a long time to happen so fast
To realize that your future is somebody else’s past
Wassup.
[Hook: x2]
[Verse 2: Lupe Fiasco]
Analog black vinyl spinning sounding so good
Top down, can’t be a classic if it’s no wood
If you don’t know what, then you new school
Floor model is the foundation for your YouTubes
Model flows off of Fat Boys and Juice Crews
Melli Mel’s, Ice-T’s, and the 2 Cools
Add a Moe Dee and a Double L
Had to walk cause it’s hard to run in those unbuckled shells
One microphone and a couple 12s
Six drum sounds and a couple bells
Is all you had to make a couple rails
And that’s a trap, and if you want (eeeeeeeh)
You have to make it like that
Now what’s one turtle to a couple snails?
Takes a long time to happen so fast
And realize your future is somebody else’s past
Wassup…