Following a series of stand out recent releases, including ‘Nightmares’, which topped the XLR8R download chart and was supported by the likes of Monki, Russ Chimes and Rudimental, London’s freshest sounding producer duo Eli & Fur have announced the release of their mesmerizing new ‘Illusions’ EP, due for release on July 22nd via NYX Records. Since bursting onto the scene in 2012, Eli & Fur have been perfecting a sound built around infectious, electronic melodies and seductive, pensive vocal lines that have been hypnotizing dancefloors from London to Dubai. Eli & Fur have also been remixed by the likes of the legendary Jimmy Edgar and the fast rising Hackman, whose remix of ‘Nightmares’ will be included on the forthcoming FABRICLIVE album curated by DJ EZ. Known for their captivating DJ sets, which have seen the duo play alongside the likes of Maceo Plex and Scuba, Eli & Fur have also been writing together since their teenage years and their sharp songwriting sensibility is clearly recognised on the smooth, lead track ‘You’re so High’. Cleverly layered hooks and warm production angle this as a future Balearic anthem.

‘Like the Way’ defines Eli & Fur’s addictive sound. The penetrating chords guide the track as it smoothly builds, leaving the virulent vocal edit of ‘I like the way’ softly echoing around your head. A refreshing quality of Eli & Fur is the diversity of the duos’ productions and ‘The Game’ – the final track on the ‘Illusions’ EP – is an absorbing example. Built around a pumping 4/4 beat and an undeniably danceable bassline, ‘The Game’ is sure to be a firm club favourite. Having played alongside, and taken inspiration from heroes such as Maya Jane Coles, Eli & Fur’s production techniques are as on-point as ever; finely tuned and stellar. Their finest work to date, Eli & Fur will continue to set dancefloors alight this Summer. 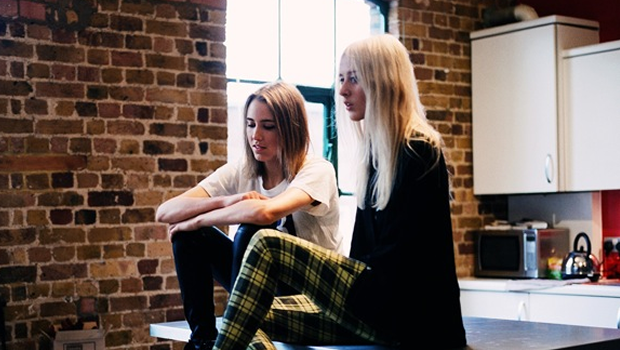