Having grown up together, the four-piece are able to poignantly express both the hardships and joys of suburban teenage culture within their music. Formed by 16-year-old frontman Finn Bell who demonstrates a maturity beyond his years with his soulful lyrics and arrangements. Despite the band all being teenagers, their raw musical skill creates a nostalgic triumph of distorted guitar melodies, heavy drums and emotionally stimulated lyrics. Love Ghost’s musical composition is inspired by a mix of old universal horror films meshed with iconic grunge artists such as Nirvana and Alice in Chains. Love Ghost consists of Finn Bell (Vocals, keys, guitar), Mya Greene (Viola), Ryan Stevens (Bass) and Samson Young (Drums). The four-piece blend heavy rock, garage psych and moody pop for a unique fusion all their own. The music is influenced by the teenagers personal experiences of addiction, mental illness, heartache, love and coming of age. 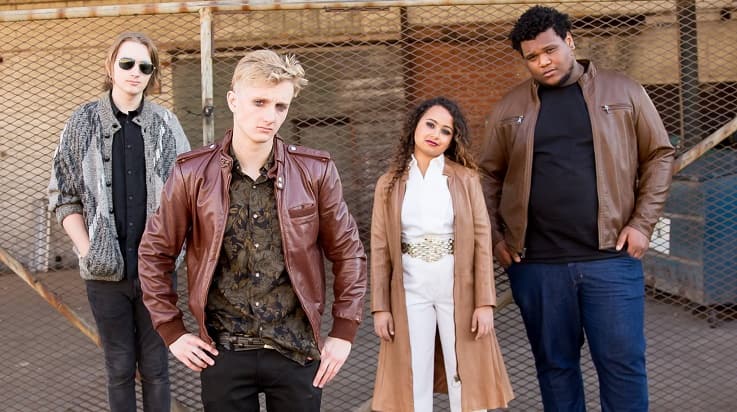 Love Ghost was just named to Music Connection’s Hot 100 Unsigned Bands for 2017. The band has played in Tar Fest, The Our Life Festival, Make Music Pasadena and Echo Park Rising. They have been the opening act for such high profile bands as Smash Mouth, The Young Dubliners, Buckcherry, Berlin, Ozomatli and The Tubes. Their performance of “Forgive Me” on Balcony TV is currently the number 1 voted video of all-time.They recently finished recording their 1st full-length album at London Bridge Studio in Seattle with producer Eric Lilavois. Their highly anticipated upcoming album will be released in early spring 2018.