Louis Vivet is an electronic music project formed by Nicolas II and Aria S, inspired by the first patient diagnosed with dissociative identity disorder (aka split personalities) who shares the same name. LV’s characteristic sound has clear influences from Deep/UK house, downtempo, and pop. Through their art and music, LV’s goal is to explore the core duality inherent to all human beings: the tension between our modern, evolved, and rational nature, and the more base, reptilian brain, that controls our subconscious desires and instincts. LV’s live performances grab the audience’s attention with noticeably unique track selection that reflects this theme; the set oscillates between light and dark, dabbling in a wide array of genres that keeps the audience engaged and constantly on their toes. 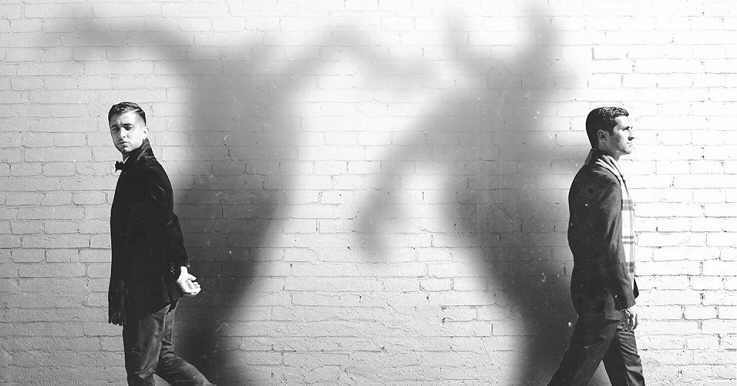 When they aren’t producing or performing, you’ll find LV working on new graphics or visuals to enhance their live shows. In the vein of Feed Me, Nicolas II oversees the art direction and overall brand, having studied design at USC’s Roski School of Fine Arts. LV brings listeners into their own carefully constructed universe with their heavy emphasis on narrative story-telling, that they communicate through their art and music.