Skip to content
Home » Trainers » Lords of the Fallen Trainer

Lords of the Fallen is a hack and slash action role-playing game, played from a third-person perspective. The game has been compared to video games like Darksiders and Dark Souls, but unlike the latter, Lords of the Fallen doesn’t punish the player for making mistakes. The game is divided into acts with linear progression, though there are several quests during the main acts. During exploration, the game uses many save points to make sure the player doesn’t lose too much progress. The game is set in a world where no sin is forgotten. Players take on the role of Harkyn, a convicted criminal whose sins are visible on his face, in the form of runes. The world’s rulers are working to banish all evil from humans; it is unclear what exactly this might mean for someone like Harkyn. When an army of long-defeated gods attacks the human realm, Harkyn is released from prison with a chance at redemption. Along with his mentor, Kaslo, the journey to stop the attacks leads to Rhogar, another dimension inhabited by demons. Players can form alliances as they progress, combat enemies of ever-increasing difficulty, and eventually travel to the heart of the demonic realm, in an effort to achieve forgiveness for the anti-hero, Harkyn. Wikipedia®. 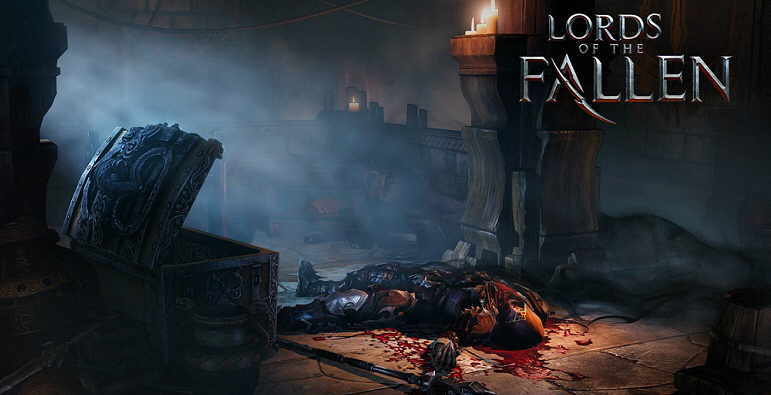 In an unforgiving world where no sin is ever forgotten, Harkyn, a convicted criminal, is given a chance for redemption. Just when rulers of the world get close to finding a way to banish all evil from humans, an army of the long-ago defeated god attacks the human realm. Released from prison, Harkyn and his mentor, Kaslo, set out on a mission to stop the war. In his journey, Harkyn will forge strong alliances and face even stronger enemies. He will learn the true power of the Rhogar Lords – commanders of god’s army. He will even bring the battle to the Rhogar, travelling to the heart of the demonic dimension. Will the god manage to enslave humans again? Is mankind really able to banish evil? Will Harkyn’s sins ever be forgiven?

Lords of the Fallen Walkthrough