London Rose was in one of the Midwest’s finest cover bands, garnering awards, popularity, and high profile gigs when she made the brave decision to go solo as a singer-songwriter. “I realized if I wanted to sing and write my own songs, I had to go out and make it happen.” On January 29th, London Rose releases her stunning solo debut EP, Kick Drum. The Indianapolis-based singer began her professional career at 17, singing with her previous group, the top shelf cover band Living Proof. The band’s high level of musicianship and performance chops put them onstage alongside such music icons as Earth, Wind, & Fire, Chicago, Morris Day & The Time, and KC and the Sunshine Band. Parallel to this, Rose’s own richly expressive vocals stylings made her an in-demand singer, performing the National Anthem at major regional sporting events. Branching out as a singer-songwriter she earned a Top 5 finish in R&B in the Great American Song Contest and a Top 20 R&B song in the Unisong International Songwriting Competition. Rose’s biggest break, however, came when a fan persistently forwarded some of her performance videos to a well-known New York entertainment lawyer. Impressed with her astounding vocal range and her songwriting prowess, the attorney invited her to New York and set up some collaborative songwriting sessions to nurture her creativity. The resulting debut EP, Kick Drum, is a vibrant mix of pop, neo-soul, and emotive ballads. Each track features Rose’s songwriting imprint with input from pop heavyweights like Greg Camp (Smash Mouth guitarist/songwriter) and Grammy Award-winning writer, Jeff Franzel (Josh Groban, Placido Domingo, Dianne Reeves, Taylor Dayne). The EP’s title track mixes dance floor transcendence, dizzying desire, and epic pop hooks for an infectious debut single with a distinct aesthetic. The standout “Shoulda Been Me” has old school soul sass, contrasting Motown hooks with ruggedly modern urban beats. The breathlessly beautiful ballad “Never Be The Same” showcases the range of Rose’s dynamically expressive vocals. Kick Drum was fan funded via the esteemed PledgeMusic platform. The company is usually an avenue for more established artists, but Rose had a profoundly successful campaign for an up and coming artist. “I received support and incredible messages from so many people. It was humbling that people made such sacrifices because they believed in me,” she says. “Now I want to go out there and make them proud.” 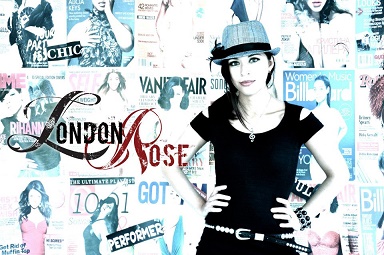