Lola Marsh is an indie – folk band formed by Gil Landau and Yael Shoshana Cohen. The two met after studying music and they quickly began to write, record and perform together. Mati Gilad (Bass), Rami Osservaser (Guitar, Piano), Dekel Dvir (Drums) joined them shortly after. Their music combines deep, warm, nostalgic vocals, heart-on-the-sleeve-lyrics and Middle Eastern guitar melodies. Following massive performances in leading festivals and after attracting media praise, they signed with the leading indie label Anova Music. Their debut album will be released in Spring 2014 followed by performances in European summer festivals including the prestigious Pohoda festival in Slovakia, and the Primavera festival in Barcelona. 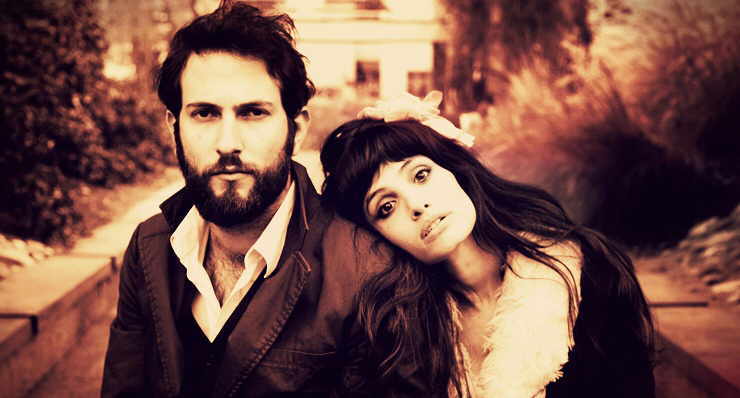 “While recording ‘Sirens,’ our drummer got stuck in traffic and was really late,” the duo, comprised of Gil Landau and Yael Shoshana Cohen, says. “But when he arrived he told us he made use of his time in traffic and wrote down the ending orchestral arrangement which made us totally forgive him for being late.”