Once a lively and wealthy village teeming with people in search of precious metals and gemstones that abound its surroundings, Korden’s Fall is now a derelict shadow of itself. It sits on the edge of Ladeona Mountains, overlooking the great river Arno in the north of Narr. Helpless in the relentless grip of an invisible force, a mysterious darkness that has spread from the ancient battlefield of Ashglades; warping and poisoning every creature in it’s path, creating bloodthirsty monsters. Trouble began when miners and traders began to disappear and rumours of massacres began to circulate. Mistrust and terror fanned conflicts among the people who live in fear of the elves from the nearby region. The managers of the mines, known as the North Trade Guild, appealed to the king, and the once powerful Kordelis family that govern the region, for help. The king sends a unit to uncover the mystery surrounding the icy peaks of the Northern Highlands, under the experienced leadership of Sir Herken Salavon, your foster father. You are one of the soldiers in the unit and insufficiently trained. The situation required immediate action. Waiting for you to complete your training was not an option. Concerned for your safety, your foster father leaves you behind in Korden’s fall and embarked on the quest with the rest of the men. He tells you as he always did, that people, not demons were behind the big evil. Events take you from Korden’s Fall, through old, abandoned forts, dungeons once inhabited by dwarves and ancient tombs. You go from the elven city Recea, to the Great Northern Swamps, and the magical city of Sidis Tarea inhabited by the Danians, a mystical race. You reveal the ancient scripts that tell the legends of dwarves, exterminated in the centuries-old war with humans, and stumble unto the greatest of them all, the legend of Dawn. But most of its parts have been dismantled by great sages and hidden across the continent of Narr. The one who finds all the parts and reassemble them will restore its power, the only power that can dispel the dark forces over Ashglades. Returning Dawn to Ashglades will finally bring light to the endless darkness. 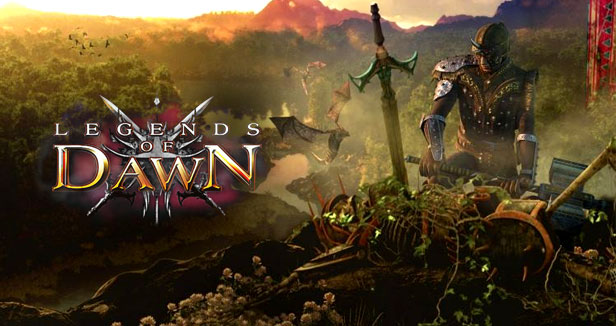