Evolving from a two-piece to a three-piece, East London’s Kylypso are comprised of recent addition Hugh Fothergill, a record producer; Rudi Falla, Ableton set designer; and Tom Greenwood, a session musician. Initially the project started as Rudi and Tom sent ideas back and forth between each other to jam on and flesh out. The resounding success of their collaborations prompted them to form a band. Their first track, last year’s ‘Mean 2 You’ was a firm and striking statement of intent, combining pop melodies with a mesmerising production approach that takes in ideas from a broad spectrum of popular music. 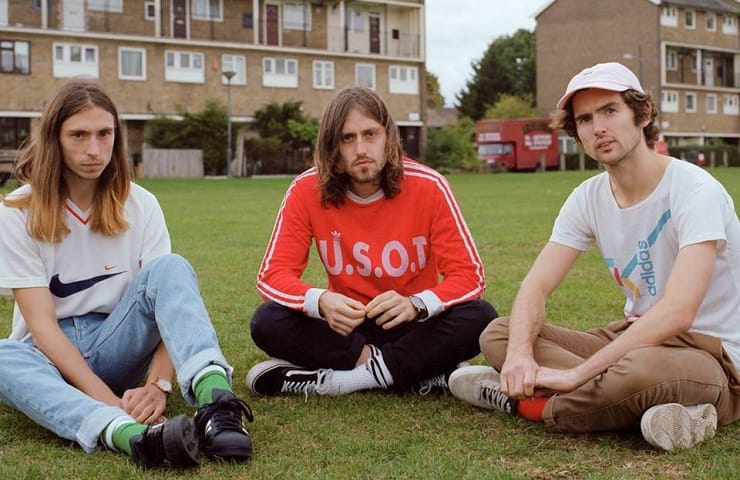 It caused a respectable ripple in the blogosphere, leaving those in the know with a strong sense that their natural musical chemistry together was something special. Now, with new material like latest single ‘Blame Love’ on the way, Kylypso sound like they’ve already arrived fully formed and leagues apart from the herd without compromising on any of their uniqueness. Central to the construction of their music is a sheer, simple, unabashed love of sweet melody. It’s an approach that will no doubt resonate with people everywhere. All bets on Kylypso to be an undeniably and peerless new sound in the capital.

‘Blame Love’ is the immersive new single from London three-piece Kylypso. Swelling in with its panoramic synths, it’s a vibrant and multi-tonal affair, traversing a spectrum of different moods. From the glacial sparsity of the intro, it goes through detailed dance segments, warm melodies, and funk guitar lines, all alternating in the blink of an eye. Already virtuosos in production and only at the start of their career together, Kylypso are the new purveyors of smart, slick and considered indie music, a natural progression from the nocturnal sounds of The xx via the meticulous auteurism of Tame Impala and Caribou. ‘Blame Love’ is a song about love, the oldest topic in songwriting, but Kylypso’s unique execution and musical acuity lend it a refreshing new spin. This is a sound for the summer, evoking half-remembered feelings of euphoria, warm nights, and the pervasive feeling of love and all the myriad emotions that go with it.