Benjamin Giørtz, Elizabeth Wu, Alex Meek, Even Steine, Håkon Carlin and Jakob Bechmann – for it is they – may have only just finished school, but their musical studies have already earned them massive summer festival slots back home, critical plaudits from the likes of Rolling Stone and Radio 1 and a premiere of their brilliant Taking You With Me on Noisey. With sky-scraping hooks and earworm melodies, Kid Astray are here to make you fall in love with expertly-crafted music all over again. Mainly produced by Cross in Manchester, the album – which will also include Take You With Me and No Easy Way Out from the Liverpool sessions – showcases the extent to which the band have evolved in the last three or four years. One of the band’s favourites at the moment is the near six minute, low slung epic Not A Kid Anymore (“I love how this track turned out,” says Benjamin excitedly), while tracks like Walking and Diver take the template of those early songs and refines it all still further. “I think our sound’s more thought through now,” says Benjamin with the air of someone who’s been making music for a lifetime. “The sound has definitely expanded – it sounds a lot bigger.” This, you feel, is just the beginning for Kid Astray. 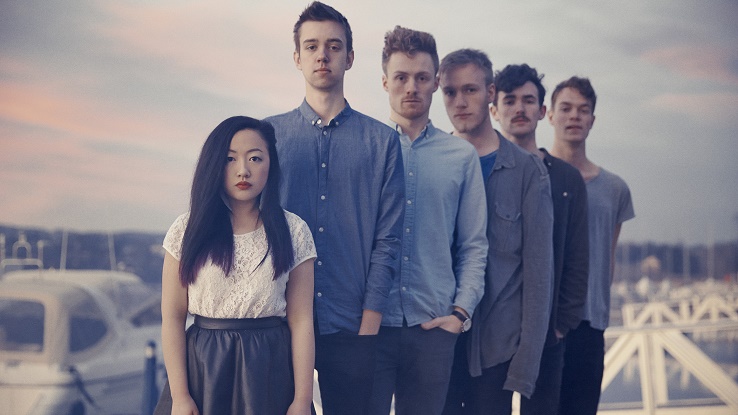 The early incarnation of Kid Astray first formed in Oslo back in 2010, with the six members of the band meeting in high school. Studying music together in a school system that allows you to actually properly study music full-time, not just mess about on a piano in a school assembly hall for a few hours a week, the group quickly bonded over similar, electro-tinged indie-pop influences ranging from Passion Pit to Foster The People to M83 to The Wombats. In fact, two-thirds of the band had been messing about musically together for a few years before that. “It was kind of easy really,” laughs drummer Jakob of their inception as a band. “We’ve been together a long time. It’s been the same band for a while really, it’s just evolved.” Starting out like most bands do by rehearsing cover versions, the band’s first song they wrote as Kid Astray – a band name inspired by a random lyric and a quick Google to find out the meaning of astray – Eternal Gifts picked up early radio play and landed them their first manager. “We had some friends who worked at radio and they could choose three songs to play and they chose our song,” explains Jakob. “Our first manager heard it in his car. So that was kind of how it all got started.”