At age 21,Keke Palmer is the youngest actress and the first African-American to portray Cinderella on Broadway, having established herself as one of the fastest rising stars of her generation. Her talents span film, television, and music alike, recently making TV history as the youngest talk show host. “Just Keke” premiered in June on BET and covers topics ranging from pop culture and social issues to relationships, fashion and celebrity interviews. Most recently, Keke guest starred in the second season of Showtime’s Emmy-nominated series “Masters of Sex.” She also starred opposite Cicely Tyson, Blair Underwood and Vanessa Williams in Lifetime’s “A Trip to Bountiful,” which was also nominated for an Emmy Award. 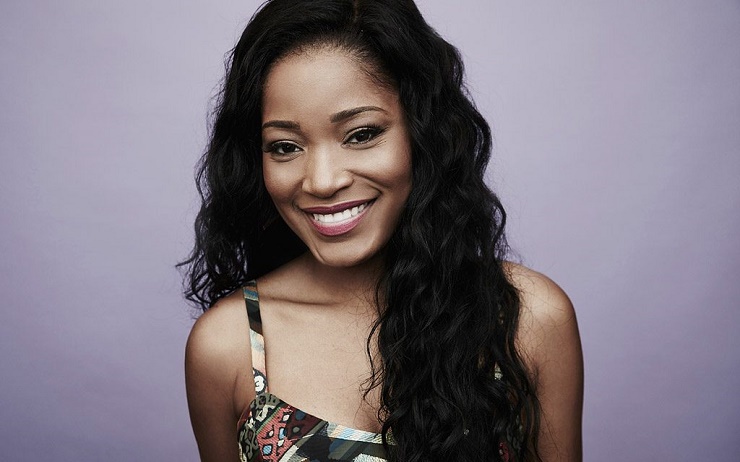 Her credits also include, Akeelah and the Bee, Ice Age: Continental Drift, Joyful Noise, Shrink, The Longshots, The Cleaner, Nickelodeon’s “True Jackson, VP,” “90210,” “Cold Case,” “Law & Order: SVU,” “ER,” the DirecTV miniseries “Full Circle” and Lifetime’s TLC biopic “CrazySexyCool: The TLC Story.” In addition to her acting, Keke has been hard at work in the music studio recording her new album. Keke also believes in giving back to the community, representing The Boys & Girls Club of America, Saving Our Daughters and Embrace Girls Foundation.

Lauren Keyana “Keke” Palmer is an American actress, singer, songwriter, presenter and television personality. Palmer was born in Harvey, Illinois and raised in Robbins, Illinois. After Palmer’s film debut, Palmer and her family moved to California to help her pursue a career in acting. Palmer released her debut album, So Uncool, on September 18, 2007 through Atlantic Records. The album failed to chart on the US Billboard 200 but did chart at number 85 on the R&B chart. The album was preceded by the lead single “Keep It Movin'”. Apart from her work in music, Palmer is also a recognized actress. She made her acting debut in the 2004 film Barbershop 2: Back in Business and rose to prominence in 2006 for her breakthrough role in Akeelah and the Bee as well as starring in Madea’s Family Reunion. Palmer has also starred in films such as The Longshots (2008) and Shrink (2009). In 2012, Palmer starred in four films Joyful Noise, Winx Club: The Secret of the Lost Kingdom, Ice Age: Continental Drift, and Virgin Mary. Besides films, Palmer has also starred in the television films Knights of the South Bronx (2005), Jump In! (2007), and Rags (2012) amongst others. Palmer has also had numerous television roles including the lead role in Nickelodeon sitcom True Jackson, VP. Palmer earned $20,000 per episode of True Jackson, VP, which made her the fourth highest-paid child star on television. She is currently a series regular on Scream Queens, a horror-camp television show, which debuted on the Fox Network on September 22, 2015. Wikipedia®

Keke Palmer: Many Things Lyrics:
Many things that they wanted
Everybody had their way
Everything I long for just wouldn’t my time
But it all comes together
I’m choosing my time today, with every single beat in my heart

Yes I had to cry sometimes (yes I had to cry)
Knowing that one day it all gets better
Everything I got a treasure and it blows my mind, yea
I’m glad I get to share with somebody the real truth all of me
This life I wouldn’t trade for nothing, sometimes I have my days
Still reaching for the answers, the answers but Imma let them find meh