Kehlani tells it like it is. Whether in conversation or on stage, the Oakland-born R&B singer and songwriter gives the straight truth about her life, pain, passion, love, triumph, and everything in between with collected calm and confidence. It’s that type of honesty that makes her music resonate with the depth of classic Motown and a vividly confessional lyricism reminiscent of Neo Soul. At the same time, her 2015 mixtape, You Should Be Here, tells a story that distinctly belongs to her. It all starts on the East Bay… Born a unique blend of ethnicities including African American, Caucasian, Native American, Spanish, and Filipino Native American Kehlani will casually tell you, “You’re lucky if you make it out of Oakland.” However, in her case, talent usurped luck. Months after her birth, Kehlani lost her father, never properly meeting him. Mired in drug addiction, her mom shuffled her to an aunt. She initially found solace in dance—ballet in particular—but a knee injury sidelined her what might’ve been a budding career as ballerina. “That’s when I started singing,” she recalls. “When I was living with my aunt, she played me all of these powerful women and love songs. It was that Neo Soul-R&B, and I couldn’t get enough of it. It felt right to sing from the moment I began.” 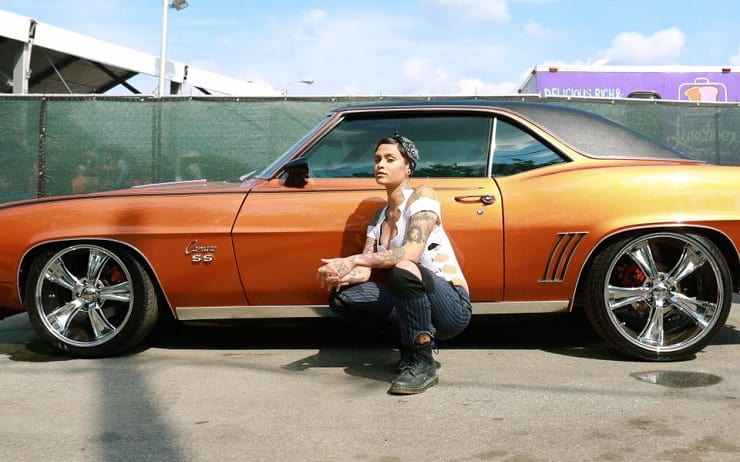 Kehlani: Crzy Lyrics:
Crazy, I go, I go, I go
Everything I do, I do it with a passion
If I gotta be a bitch, I’ma be a bad one
I’m AI with the designs, du-ragging
Bounce back game two, why we talkin’ practice?
Yeah, yeah, yeah. Pull up score when I want to
Best thing next to Heaven. They be tryna count me out though
I’m just countin’, countin’ blessin’s
A real woman by the paper. Niggas don’t know where I came from
Why I really-really came up
You never could say I’m back in
All this shit I’ve been through and it made me more real than assassin
I kill ’em, I kill ’em, I kill ’em with compassion
And baby if they askin’

Lit, lit, lit, lit
Only L I take is to the face
You showed up to see me lose
But I overcome so you overcame
Basic, basic. Ain’t nothin’ bout me basic
I’m crazy, I’m crazy
Better watch what you say to me cuh
Young Sway got the answers
Give ’em hell, give ’em pressure
Big couch, no manners. Dirty-dirty-dirty dancin’
Take a look at what I did
Go for circle with the wrist. Whippin’-whippin’ up the grits
Get a hand full of this nicely
I got it, I got it, I got it. And you gon’ respect it
Ain’t nothin’, ain’t nothin’, gon’ stop me from makin’ it happen
So baby if they askin’