Elle B came to the Big Apple with one thing on her mind, to make it BIG. At the age of 18, she recently completed her freshman year at Manhattan College. While achieving academic excellence at Manhattan College, Elle B started out by embracing the city singing at the oldest and biggest street festival in New York, Little Italy’s Annual Feast of San Gennaro. Elle B next set her eyes on performing at the Iconic Apollo Theater, where so many musicians and entertainers have launched their career. Elle B competed and won FIRST place on three separate occasions, competing against amazing talented people at Amateur Night at the Apollo. 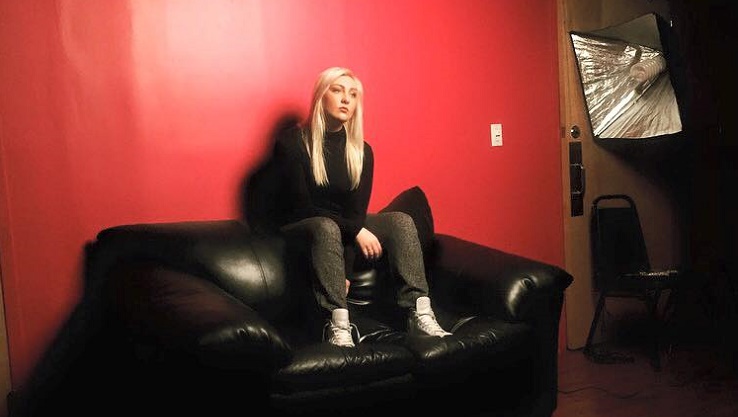 A lifelong passion, Elle B has been singing publicly since the age of 6 years old. As a soloist in the Dan Kane Singers group, Elle B has performed throughout New England at all types of venues from church concerts, to sold out concerts at the The Big E, Springfield Symphony Hall, and Mass Mutual Center. Elle B was also honored to sing “God Bless America” at the Massachusetts State House Senate Chambers closing session. This was chosen from her CD of patriotic songs to support all veterans and released in memory of her grandfather. She is also a recipient of a Citizen’s Award for donating her time and musical talents for charitable functions. On a family vacation at Disney World, Elle B secured a highly coveted Disney American Idol Contest “GOLDEN TICKET”. Elle B grew up with her mom, dad, and twin sisters (Mary & Kaitlin) and golden retriever Sandy in East Longmeadow, MA. When not singing or studying, she enjoys working with the youth as a Vocal Coach and Music Counselor. Elle B’s music journey continues as she recently signed as a recording artist to Water Musiz Enterprises/Water Music Publishing this past summer.