Karen & the Sorrows – The Narrow Place 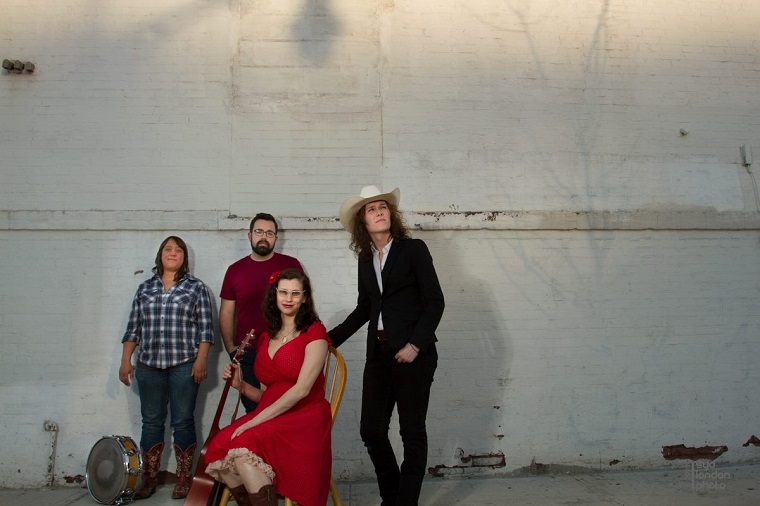 Brooklyn alt-country band Karen & the Sorrows are back with a new album, The Narrow Place, out August 25th. Like any Americana band, The Sorrows sing about heartbreak and loss. They just take the back roads less

traveled to get there. From a queer reimagining of the bro-country pickup truck ode to a Jewish family story about immigration and race, these songs are both unexpected and entirely country.

releasing the EP Ocean Born Mary (2012) and the album The Names of Things (2014 – voted one of the FAR Chart’s Best Debut Albums of 2014) while building a strong local following and touring steadily. For the last six

years, The Sorrows have also been at the heart of a growing queer country scene. They run Brooklyn’s Gay Ole Opry, the Queer Country Quarterly, and this year’s Another Country Festival, creating a community for

Karen & the Sorrows – Back Down to the Dirt (Official Music Video)