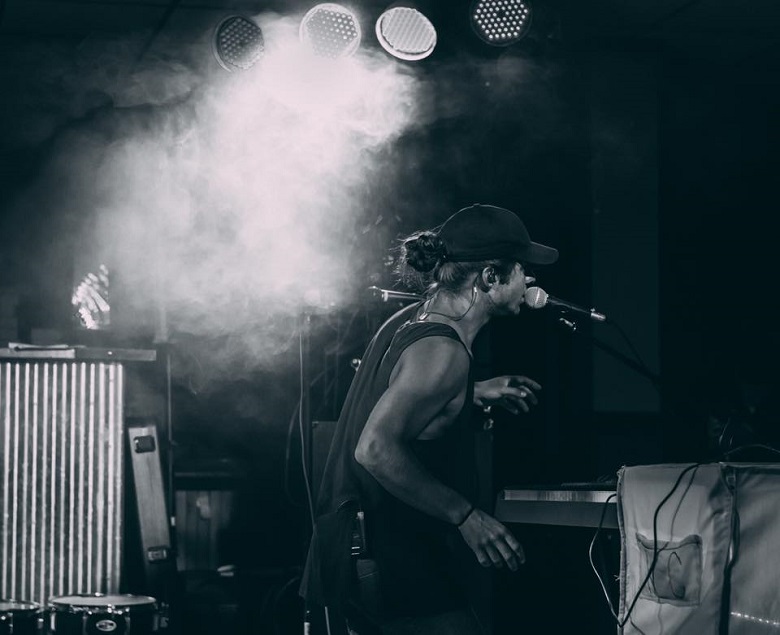 Kahone Concept officially began in 2015, but the foundations of this Pittsburgh-based alternative pop/rock band were laid long before then. 21-year-old Ben Orrvick taught himself how to play a variety of instruments throughout his childhood, but as he’d struggled to find people to start a band with, he took matters into his own hands and began learning how to create music independently at the age of 16. After spending a while as a bedroom artist, Orrvick made the decision to self-release CLOUDS, an EP written, recorded, produced and mixed entirely on his own. Thus, Kahone Concept was born: a project he named after an instrument he made in woodshop class. The name, Orrvick explains, fits the ethos that surrounds his music: “it’s important to find significance even in the smallest of things; we each find our own significance. It’s what gives us purpose.”
CLOUDS quickly began to gain traction online, with several indie stations picking up the closing track, “Silent Sounds”. Since then, Kahone Concept has grown exponentially in the Pittsburgh music scene: critics have repeatedly noted the individuality of the one-man band’s sound, which blends “dazzling synths with immersive layers of other instruments”. With the release of their sophomore EP, Towers, the band gained further recognition: it was nominated for “Best EP of 2017” by Pittsburgh music magazine Sound Scene Express, and the band was voted “2017 Pittsburgh’s Best Pop/Rock Band” by the Pittsburgh City Paper. Their live shows have become known for their high energy and interactivity with the crowds, which Kahone Concept continues to draw with the anticipated release of their latest EP, titled “and then, my five”, available now. -chloe
https://www.kahoneconcept.com/home