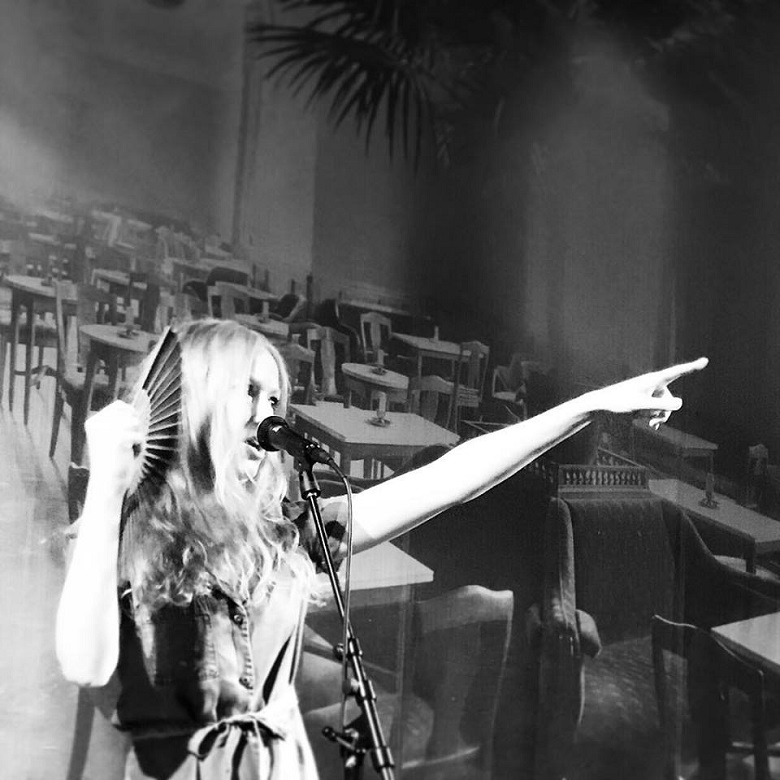 Anna & the Sea is the solo project of Anna Lindstrom, once a wild fancy, now her debut EP “Söräng” is out, with all songs written and produced by herself, recorded together with a number of familiar faces from the Swedish music scene. The result is a cinematic and dynamic sound with strong melodies and Anna’s distinct voice.

Originally from a small town in Sweden, Anna moved to Stockholm, getting involved early in the music scene as a singer and background singer in different bands, as a sound engineer, radio show host, music journalist and DJ. Secretly, she has been working on her own material for what feels like since high school, but it never felt like the right place or time to put everything together, until now.

After playing around in a friend’s studio last year, things started to fall into place. Anna returned to the studio with her songs, written on her tired computer, and recorded them together with a number of musicians, amongst them Peter Morén of Peter Bjorn and John, drummer Ola Hultgren (Ane Brun, Veronica Maggio), Nils Berg (Håkan Hellström), Fredrik Hermansson (Ane Brun) playing organ and piano and Hanna Ekströms and Anna Dager on strings.
http://www.annaandthesea.com/