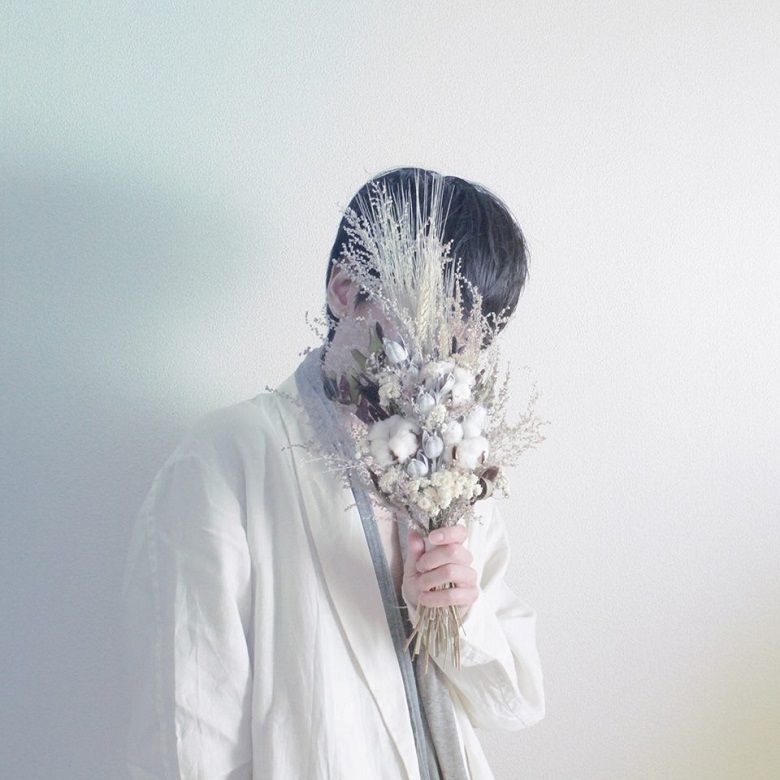 Kaji has been making music under the moniker of Elen Never Sleeps for more than 10 years.
It once was a post-rock band and then, after losing hearing in one ear, he decided to go solo.

Elen Never Sleeps’ music is definitely not what you expect from a Japanese act.
His well constructed composition is often described as blissful dream-pop or romantic-tinged chamber pop.

To make “Flowers For Hesse”, a collection of delicately woven vocal-centric art pop songs,
Kaji recorded almost everything by using his voice and electric guitars.
Ambient pads, something flute-ish, strings ensemble, icy synth and even steelpan…
all of these sounds on the album were actually created by guitars with effects pedals.

Kaji says,
“I’m so frustrated with the fact that the western music industry basically expects Japanese music to be bizarre, eccentric and orientalized. Removing their bias is one of the main goals of this project.“