Time in a Bottle is a hit single by singer-songwriter Jim Croce. Croce wrote the lyrics after his wife Ingrid told him she was pregnant with his son, Adrian, in December 1970. It appeared on his 1972 ABC debut album You Don’t Mess Around with Jim. ABC originally did not intend to release the song as a single; but when Croce was killed in a plane crash in September 1973, the song’s lyrics, dealing with mortality and the wish to have more time, had additional resonance. 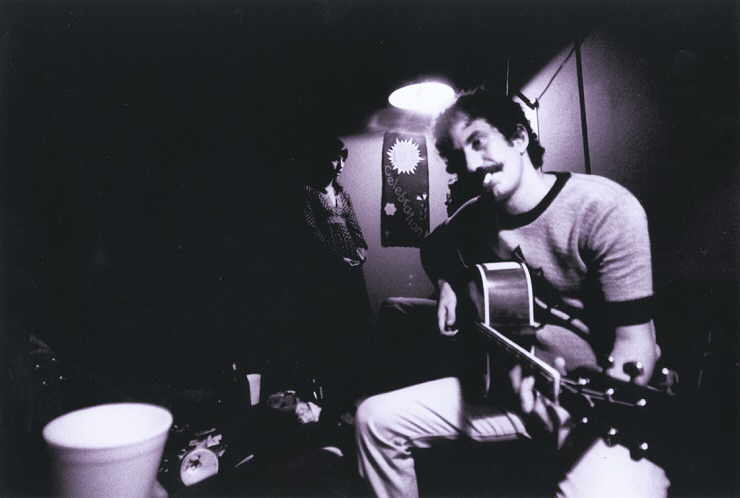 The song subsequently received a large amount of airplay as an album track and demand for a single release built. When it was eventually issued as a 7″, it became his second and final No. 1 hit. After the single had finished its two-week run at the top in early January 1974, the album You Don’t Mess Around with Jim became No. 1 for five weeks. In 1977, “Time in a Bottle” was used as the title for a compilation album of Croce’s love songs. The song was featured in X-Men: Days of Future Past in a slow-motion sequence showcasing the character Quicksilver. Wikipedia®.

This hit #1 14 weeks after Croce was killed in a plane crash. Croce started touring after he completed I Got A Name. On September 30, 1973 a plane carrying Croce and five other people crashed upon takeoff as he was leaving one college venue to another 70 miles away. No one survived the accident, and among those killed was Maury Muehleisen, who played guitar on Croce’s albums.

Terry Cashman, who produced Croce, told us, “Jim and Maury got together and all of the sudden Jim started writing these great songs, and Maury came up with these really wonderful guitar parts – the two guitars were like an orchestra.” “Time In A Bottle” entered the Top 40 of the Billboard Hot 100 chart for the week ending December 1, 1973 and finally reached #1 for the week ending December 29, a little over 3 months after he died. @Songfacts.

Jim Croce – Time in a Bottle

Jim Croce wrote this song the night that he found out his wife, Ingrid, was pregnant. The couple had been married for five years, and Ingrid found out she was pregnant when she went to a fertility specialist. She recalls a mix of terror and delight in Jim’s reaction when she told him the news. The child was a boy named Adrian, who grew up to become the singer-songwriter A.J. Croce. @Songfacts.

Jim Croce – Time in a Bottle Lyrics:
If I could save time in a bottle
The first thing that I’d like to do
Is to save every day till eternity passes away
Just to spend them with you

If I could make days last forever
If words could make wishes come true
I’d save every day like a treasure and then
Again, I would spend them with you

But there never seems to be enough time
To do the things you want to do, once you find them
I’ve looked around enough to know
That you’re the one I want to go through time with

If I had a box just for wishes
And dreams that had never come true
The box would be empty, except for the memory of how
They were answered by you

But there never seems to be enough time
To do the things you want to do, once you find them
I’ve looked around enough to know
That you’re the one I want to go through time with