Jhené Aiko Efuru Chilombo, better known as Jhené Aiko or simply Jhené, is a American singer-songwriter and recording artist from Los Angeles, California. Formerly signed to The Ultimate Group and Epic Records, she left both labels in order to continue her education. Aiko began her career being known as “Lil’ Fizz’s cousin”, however she is not actually related to him. It was used as a marketing tool suggested by Sony and Epic to promote her through the R&B group B2K and attract an audience, though Aiko affirms that she and Lil’ Fizz grew up together and were close like family. On December 16, 2011, Aiko signed a recording contract with American record producer No I.D.’s record label Artium, distributed through Def Jam Recordings. She has been described as having gentle and pop-tinged vocals. Wikipedia®.

Jhene Aiko returns with her brand new single ‘The Pressure’ which is produced by The Fisticuffs. This will appear on her upcoming album ‘Souled Out’ in stores August 25th.

[Chorus 1]
No pressure. No pressure, I know you’re real
The pressure.
The pressure will make you feel
[Verse 2]
Up till the sun rises
There’s no compromising
I know, I know, I know
You are such a liar
I never denied you
I was for sure
But it’s really out of my control
The way you feel is not my problem
I don’t wanna see you go
But I don’t have time to solve this
And you don’t have the right
After all you put me through
I’m starting to realise
[Chorus 2]
Pressure.
The pressure I know you feel
Pressure. The pressure just keep it real

[Verse 3]
[?] weed smoke in the air
Pass it like you just don’t care
Have you seen my fucks to give?
I have none, I cannot live with

[Bridge]
Pay attention to the signs
Stay and listen, you will find
Everything, ain’t rocket science
Every gem is not a diamond 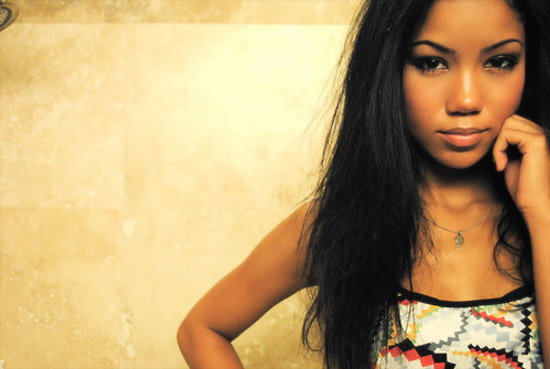