Jesse Jo Stark – Baby Love. Daughter of Laurie Lynn and Richard Stark, owners of luxury lifestyle brand Chrome Hearts, Jesse Jo prides herself on being a clothing designer as well as a musician. “Fashion is in my blood,” Jesse Jo told us, “It’s something that will always be close to my heart.” But with the release of her new EP, she’s been focusing more on her music. Jesse Jo’s singer-songwriter inspirations range from Loretta Lynn to Alice Cooper, and Down Your Drain showcases her diverse lyrical range: her vocals are a refreshing fusion of soulful country twang and sultry rock swagger. While nothing is confirmed yet, Jesse Jo said she’d love to do a full record eventually. Regardless, she said she’ll be releasing another body of work mid-2015, be it an EP or otherwise.

Jesse Jo Stark premiered the video for her single “Baby Love” today via BlackBookMag.com. The video was directed by LA’s Olivia Malone who “wanted to create a character for Jesse Jo that paid homage to the films that we both love- films that capture the spirit of bad ass kids. For “Baby Love” specifically, I really wanted to personify the cool of the song and create a video that felt like the videos I grew up with in the 80s and 90s… We cast Jesse Jo’s friends; she co-styled the video so it was really about pushing her amazing style conceptually to introduce her cool aesthetic to the world.” 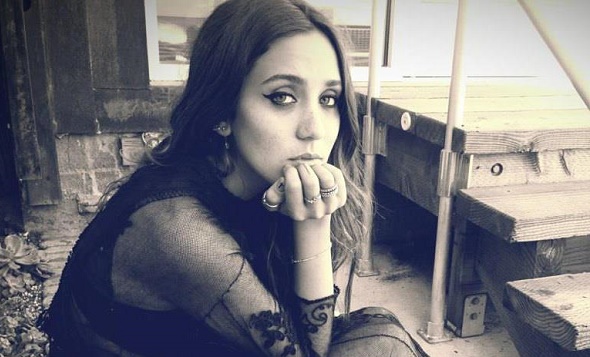