Craig David – Seduction. Craig David is one of the UK music scene’s most successful male solo exports. During his ten-year career he has sold over 13 million albums, enjoyed 13 Top Ten hits and achieved multi-platinum status in more than 20 countries, even appearing on the cover of NME. He also continues to sell out venues worldwide and at home, including a solid four nights at Wembley Arena. A winner of two MTV Europe Awards, three Ivor Novello Awards and four MOBO Awards, he has also been nominated for twelve BRIT Awards and two Grammys. His debut album, ‘Born To Do It’, recently came second in a poll by MTV to find the Greatest Album Ever, beaten only by Michael Jackson’s ‘Thriller’. Craig has also recorded with Kano, Sting and Tinchy Stryder, and features on Jay Sean’s new album. Craig was recently awarded an Honorary Doctorate in Music from Southampton Solent University for his contribution to the industry. His arrival on the scene came through ‘Re-Rewind’, a track that saw the dawn of a new age in British music, and that is now synonymous with the arrival of The UK Garage movement, back in 1999. Now based between London and the creative melting pot of Miami, Craig is still one of the most talented and enduring R&B acts on the planet, with four studio albums to his name so far and a fifth on the way.

[Pre-Hook]
It don’t matter where I’m from. Ain’t about no hit and run
So grab my hand and baby come a little closer
Ain’t got time for getting drunk
Cause we both know just what we want
So lets cut the games cause I wanna get to know ya

[Hook]
Let’s make this a movie
Cause tonight I wanna take the lead
And baby you can be, co-star
We can call it the seduction
[Verse 2]
I just wanna make it clear
My intentions to get out of here, with you
No exchanging numbers, let’s try something new
Cause tomorrow evening, I’ll still be with you
[Pre-Hook] + [Hook]
[Verse 3]
Your fire, do you like the way I touch you baby
I can’t lie, I like the way you lose control
And my God, your [?] baby
Cause tonight girl, we’re gonna let the camera roll. 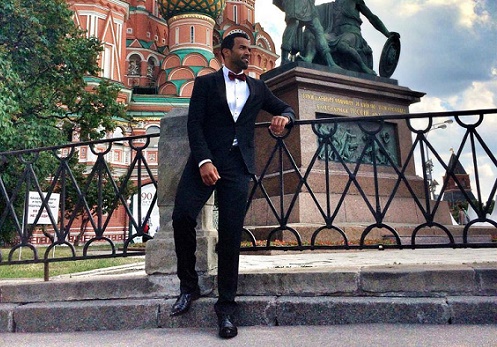