Skip to content
Home » Music » Isaiah Rashad – Shot You Down

Chattanooga, TN’s own Isaiah Rashad releases his first official single in the form of “Shot You Down”. There have been rumors about Isaiah signing to TDE but with no official announcement, we’re not sure what affiliation he might have. But one thing is for sure, he’s as talented as they come. “Shot You Down” is just the beginning.

Isaiah Rashad – Shot You Down

Isaiah releases his first song since signing to TDE. Judging by the sonics of this record, he’d fit right in.

Isaiah Rashad – Shot You Down Lyrics:
[Verse 1]
I take a drag at the square
I feel anxious, a bit dangerous
Just a verbal appears, is reflecting my perspective
Beer goggling fear
Roll model so hallow
Shallow adolescence in a gaggle of the bitches
Road to the riches still paved with the ditches
Get caught up in the hype, your career is for a night
I ain’t these other niggas, cause these niggas is fake
They ain’t popping shot, these niggas is poppin Dot
If I ain’t shining, beat me up in a rhyme? spot
No crying til I’m in pine box
I got the bitches hittin Mikey like where Zay at?
Probably fuckin on her friend, probably LA at
Probably plotting on a mil staying where [Fay]? at
Bitch don’t run your mouth we don’t play that
Mama taught me better
Can’t count on niggas, can’t count on weather
Go figure nigga
They ain’t worried about this cheddar
Them niggas just sky diving in my propellers
I don’t ? them
Ain’t trying to be no freshman, I’m chilling
Cause they’ll bring a knife to the fight, and I kill em
Me and my niggas is hungry, we’re willing
To bring a little ho to the party and Meek Mill ’em
I feel like talking my shit
Come in the house, acting friendly, you can suck my dick

[Bridge]
I’m praying for some good rappers and a fleetwood
Where I gotta bring my A game, you just D goods
We don’t wanna hear that weak shit, nigga speak up
Rocking old flows corn rows and a beeper
You niggas hoes, you niggas hoes
And I ain’t even trippin
Cause we’ll be laughing to the bank and riding by these niggas
Mikey bring that mink with your low [?]
Put the hood in the fucking trunk and bring the party with me 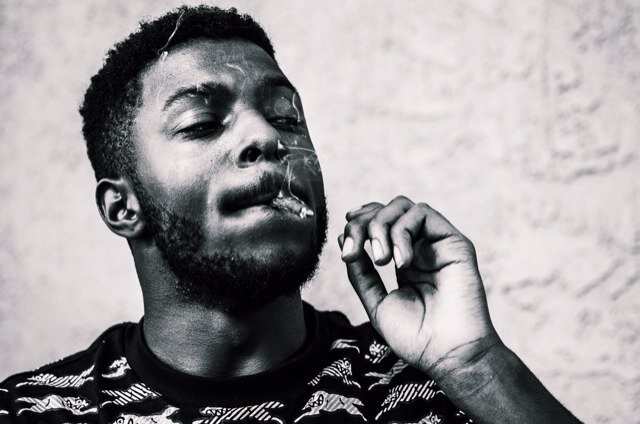