The Ice Age: Dawn of the Dinosaurs video game from Activision was released on the Xbox 360, Wii, PlayStation 3, PlayStation 2, Games for Windows, and Nintendo DS on June 30, 2009. A demo was made available in the Xbox Live Marketplace on June 15, 2009. The game allows the player to take control of Manny, Sid, Diego, Scrat, Scratte and Buck as they take on or run away from dangerous dinosaurs, roll eggs to safety, chase for their beloved acorn, and explore caves and jungles. Wikipedia®. 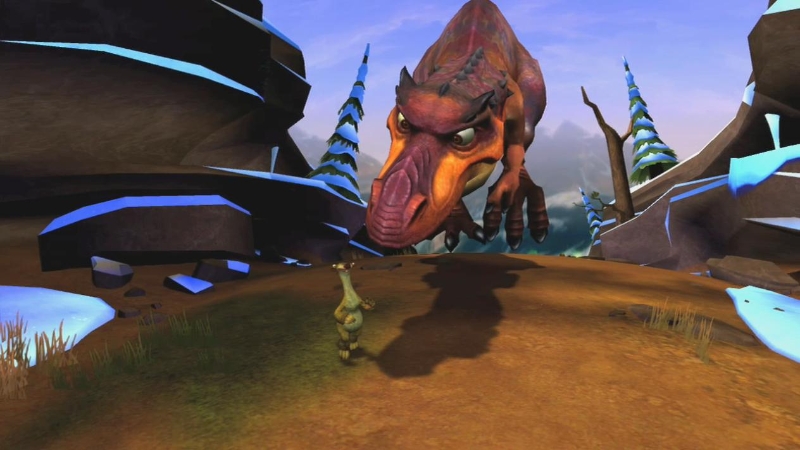 Join Ice Age’s unlikely herd of prehistoric pals for their wildest, wackiest, most exciting adventure yet! For the first time, play as six beloved Ice Age characters as they embark on a rescue mission across melting snow to the mysterious Dinosaur World – an all-new, fur-raising jungle of carnivorous plants, lush foliage and fierce dinosaurs. Based on the Fox film ‘Ice Age: Dawn of the Dinosaurs’, it’s a rollicking ride of mammoth proportions!