“Rise of the Triad” is a first-person shooter (FPS) that Interceptor Entertainment developed for Apogee Software, released on Steam and GOG.com on 31 July 2013. During a demonstration at QuakeCon 2012, the developers indicated that the game is a revival of the earlier Rise of the Triad, which 3D Realms published as Apogee Software Ltd. in 1995. The Plot is identical to that of ROTT: Dark War; A team of special operatives, known as the H.U.N.T. (High-risk United Nations Task-force) is sent to San Nicolas Island to investigate deadly cult activity taking place in an ancient monastery. Their boat, the only way back, is destroyed by patrols, and the team soon learns that the cult plans to systematically destroy nearby Los Angeles. The operatives, now unable to return whence they came, are then left to fight their way into the monastery on the island, and eventually put a stop to the cult’s activities. Wikipedia®. 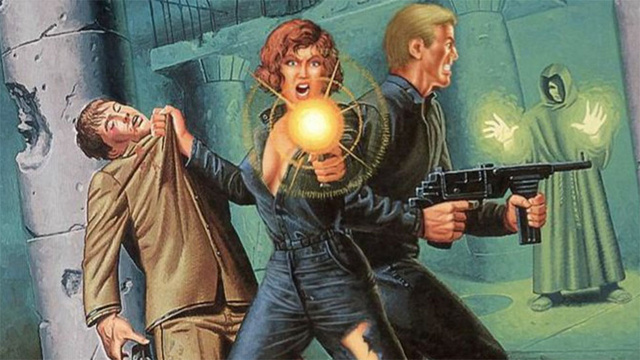