Skip to content
Home » Music » IAmDynamite – In The Summer

IAmDynamite is the spirited, anthemic noise duo of Christopher Martin (guitar, vocals) and Chris Phillips (drums, vocals), two Michigan high school friends raised on the Seattle sound and 80s pop – anything with a beat that makes them move is an influence. Their name comes from Nietzsche: “I know my fate. One day there will be associated with my name the recollection of something frightful…I am not a man. I am dynamite.” In 2008, the band caught the ear of producer Matt Noveskey, who recorded their 2012 debut ‘SUPERMEGAFANTASIC’ at Willie Nelson’s Pedernales Recording Studio in Spicewood, TX, in the Hill Country outside of Austin. The duo was recorded in the same spirit of their live show, using analog tape and minimal layering. 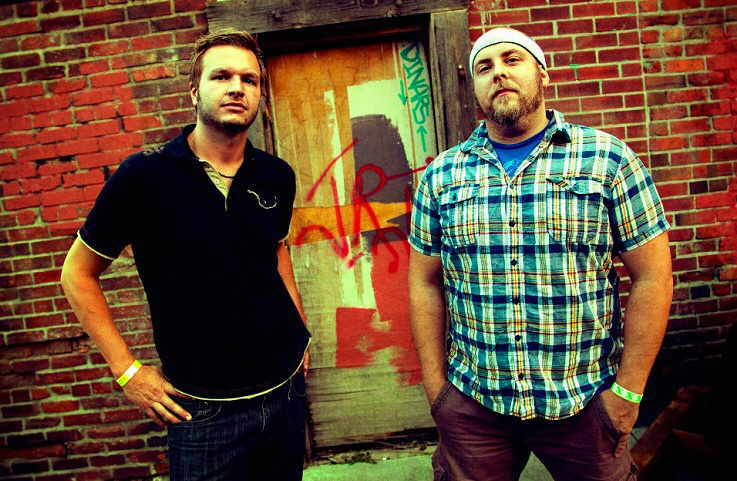 “The harmonies are the nucleus of the whole thing, really,” adds Noveskey. “Sure you’ve got the bombastic drums and the big 70s guitar but the harmonies are really what this band is all about, there are seemingly shades of The Police, Weezer, Modest Mouse and the Beach Boys.” IAMDYNAMITE has been touring the US consistently since 2008, and have been selling out headlining club dates. On the strength of their music alone, IAMDYNAMITE fought their way to the US Top 40 Modern Rock chart for over four months (and counting). Their video for “Where Will We Go” has reached over 250,000 views in only a few months. Their approach is pretty simple: “If we don’t have a good time writing and playing this music, no one will have fun listening to it,” says Phillips.

“We want you to be a part of this album from start to finish. By pledging, you will be the first to get the new album and get exclusive peeks into our time in the studio. Starting today, you can pre-order the new album for just $10. That $10 gets you the digital download and access to all of the updates we post along the way. It doesn’t stop there though. There are tons of other great exclusives–like autographed CDs, meet & greets with us over Skype, and house concerts–that you can add along the way.” – IAMDYNAMITE