Hotline Miami is a 2D top-down action video game by Dennaton Games, a team composed of Jonatan Söderström and Dennis Wedin. The game was published by Devolver Digital and released on October 23, 2012 for Microsoft Windows. The game has been described by Eurogamer as “a top-down f***-’em-up”, blending top down perspective with stealth, extreme violence and surreal storytelling, along with a soundtrack and visuals influenced by 1980s culture. The game itself was influenced in part by Nicolas Winding Refn’s 2011 neo-noir crime drama film Drive, as well as Cocaine Cowboys; Refn is specifically thanked in the game’s credits, and the game even features a similar “Driver” jacket lying on the floor in several levels. Hotline Miami employs an unreliable narrator and events are sometimes presented out of chronological order. The player takes the role of an unknown man; he is frequently referred to as “Jacket” by fans due to his distinctive letterman jacket, but he is never referred to by this or any other name in the game. He is plagued by visions involving three masked strangers who discuss Jacket’s identity and his actions. The first stranger is a man who wears Jacket’s clothes and a rooster mask (‘Richard’) and provides Jacket with cryptic questions and predictions, the second is a woman wearing a horse mask (‘Don Juan’) who expresses concern over Jacket’s personality and well-being, and the third is a mobster who wears an owl mask (‘Rasmus’) and expresses his disgust at Jacket’s behavior and often incites him to leave the apartment. Wikipedia®. 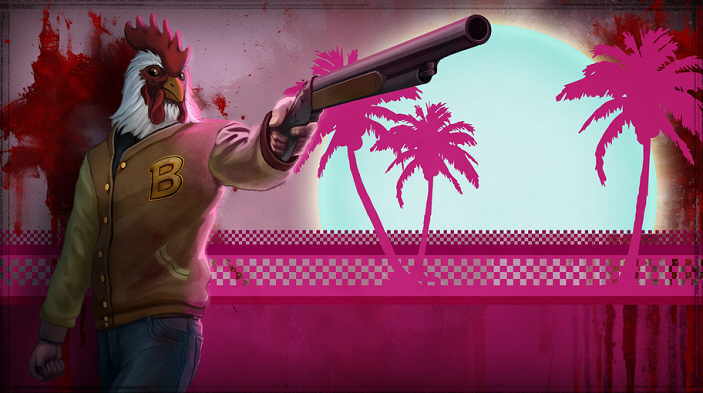 Hotline Miami Trainer (+2) Options:
Trainer for the action role-playing game Hotline Miami, you can use it to activate these essential Cheat Codes: Infinite Ammo, Set Knifes to 9999. It also includes an option for unlocking everything in the save file. Note: This cheat tool is for the original version v1.0 of the game Hotline Miami.