Holy ’57, the moniker of London-based artist Alex Mankoo, explores the joys and tensions in his cultural identity on the grooving single ‘Water / / Chrome’, coming out on Samurai Sound ahead of his debut London show at Camden Assembly on 3rd August. A gently glistening intro creates a disarming and dream-like atmosphere for Holy ’57 to deliver his poetically sculpted personal lyrics. Punchy drums and a low bass set a funk-inflected rhythm that draws from contemporary hip-hop influences, whilst rounded guitars call to mind the bittersweet productions of Vampire Weekend and Unknown Mortal Orchestra. With Indian and Greek heritage, but having grown up in the UK, Alex explores the experience of struggling with one’s cultural identity, presenting its joys, conflicts and poignancies, as he feels “torn in two by the outcome of an avalanche”. Elaborating further, Mankoo states: 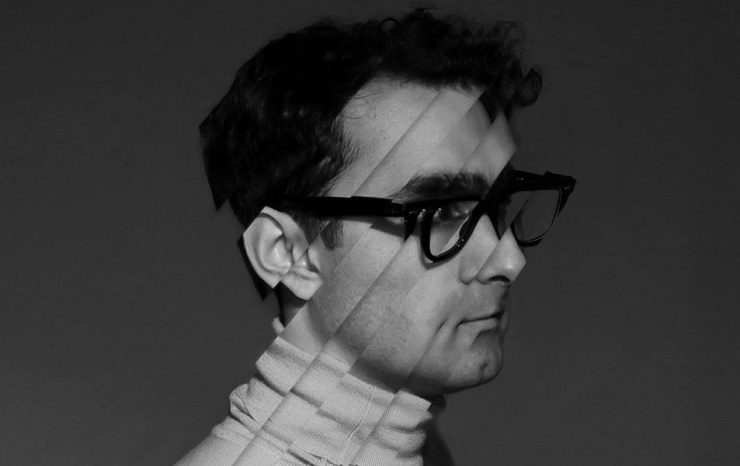 “I like the idea that when water and chrome come together, they create something dazzling and beautiful when the light hits. And I thought it was nice to think about that being possible for me too, that my mixed race heritage can be something beautiful and something unique in and of itself rather than this constant balancing act of not knowing where I fit.” The video for ‘Water // Chrome’ brings to focus the song’s main themes. Almost entirely based around his family, the video flits from his grandmother’s home to the British countryside, where a deadpan Holy ’57 stands proudly in scenic locations accompanied by his grandmother, younger brother and sister, as if in a sombre family portrait.

The video brings to the fore Holy ‘57’s Indian heritage; the penultimate scene features his grandmother performing a traditional dance whilst he walks into a choppy sea. The waves push back against him, symbolic of his own inhibitions and issues of identity. Holy ’57 has managed to convey his unique heritage and introspective thoughts into this irresistibly loveable song. ‘Water / / Chrome’ is more than just another summer jam, and will doubtless see Holy ’57 winning hearts and minds all over.

Holy’57: Water // Chrome Lyrics:
water on chrome can you feel it in the atmosphere?
this place is lit up like a chandelier
and i’m on the outer rim

torn in two in the outcome of an avalanche
when can i return to a normal stance?
cos here i don’t feel a thing

out of range out of sight

water on chrome can you feel it in the atmosphere?
i mean it’s pouring its from the apertures
of this lonely craft