British-born, French-raised and London-based, Hero Fisher is returning to release her sophomore LP Glue Moon. Hero’s career has so far seen her collaborate with Alison Mosshart and Boy George in the Mark Ronson-scored ballet Carbon Life, open for The Rolling Stones and Neil Young at Hyde Park, and get shortlisted for the 2014 Glastonbury Emerging Talent Prize. In 2015 she released her debut album, the critically-appraised Delivery which won her fans in The Horrors and Blur. 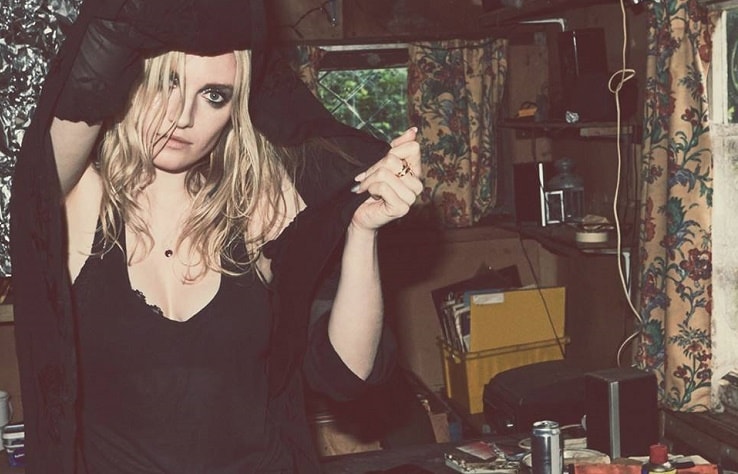 By turns a blistering rock and roller in the vein of Patti Smith and PJ Harvey, and an experimental folk storyteller à la Jeff Buckley, Hero Fisher resists easy generic categorisation with her protean and cinematic musical storytelling. Able to expertly strike a variety of different narrative poses, she is at once the spurned lover and the fired-up rabble rouser, predator and prey. With Glue Moon singles ‘Sylvie’ and ‘Push The Boat Out’, it’s evident Hero’s lyrical imagination is unique and bountiful. She’ll reach many more milestones yet on her creative journey.

Conceived as a sister song to Glue Moon lead single ‘Sylvie’, ‘Push The Boat Out’ is inspired partly by scenes from Marilynne Robinson’s seminal novel ‘Housekeeping’. Full of lush idyllic and affecting lyrical imagery, it’s a dream-like nocturne set by a lake under a big pale green moon. The interplay of water and light is evoked in the lyrics and the spectral production – haunting choral elements and disembodied vocal tracks lend it a melodic richness that’s both profound and sublime. It’s a song about the inevitability of change in life, as we shed old skins and push ahead, while respecting and enjoying the memory of things that are lost to us. The video is made from Super-8 projections of Hero’s family home videos and as such feels like a sentimental companion to the ‘Sylvie’ video’s found footage style gothic romance.