Two years after the release of the critically acclaimed debut album “Oh So Quiet”, Helene Bak is back with new material. This time with the EP “Still there is me”, which features 5 tracks and is to be released on September 15th. On her 2nd single “River” you feel the vast emotions that are at stake: A beautiful yet snarling wildness, which has not been heard from Helene before. She moves in a more edged universe where there is room for both banjo and electric guitar. She toys with the sharpness and edginess in her music but at the same time she manages to maintain
her simple and honest sound. 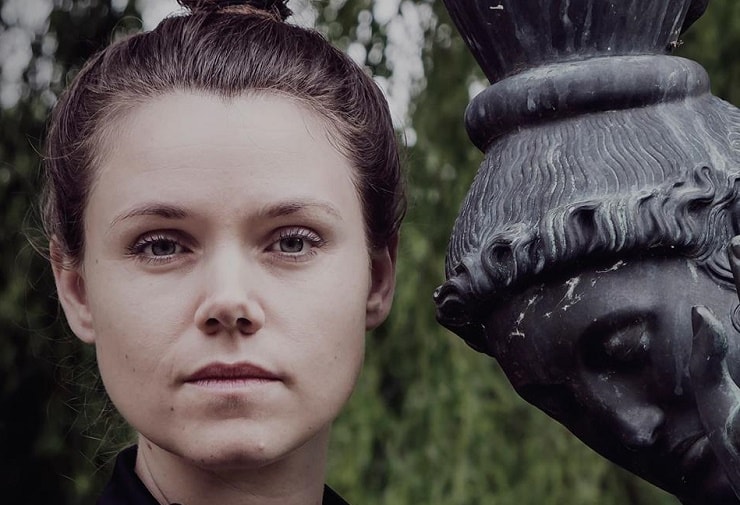 Helene Bak grew up with the wide expanses of the West coast right outside the door and in her songs you feel both the biting wind and the tranquil sea. Helene breaks through to the inner emotions and delivers them with a rare intimacy that gives the listener access to the backdoor of the heart. Helene Bak has been singing since she was a child and has always known that “the music wanted her”. In 2003 she graduated from The Danish National Academy of Music with rhythmic piano as her major. In 2003 DR Bigband performed the song “It’s Spring” in connection with the competition “New Jazz Star Of The Year” and afterwards invited Helene Bak to perform as a soloist at the same competition the year after in 2004.

“River” is a track you can listen to while you slowly feel the light disappear and the days becoming shorter. The darkness hold on and all aggressions are given free rein. The music video is inspired by the Danaids from the Greek mythology, who all were sentenced to fill a bottomless basin with water. Helene Bak takes the part as one of the Danaids, but ends up revolting against the meaningless action.