In 2016 the South African band, Diamond Thug, recorded their debut EP with the help of Dave Minehan (The Replacements) and released it to waves of support, Indie Shuffle calling it ‘…a joy to listen to’. After significant support at Spotify where they have now had several million plays on just one single, and in their home country, Diamond Thug have introduced their music internationally with their last single ‘Eclipsed’, that premiered at Wonderland who described the track by saying “As flawless vocals glide over soaring guitar riffs and electronic melodies, the track has clearly been created for lazy summer evenings and dancing under festival sunsets. An exciting look at what the South African quartet have in store, we look forward to hearing more.” And more comes in the form of their next single ‘Cosmic Dreamer’, and it doesn’t disappoint. 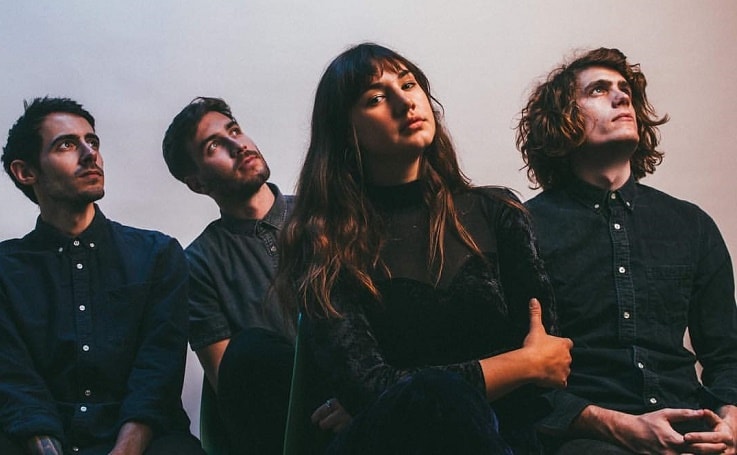 Since their formation, Diamond Thug have continually evolved, always striving to create a unique sound that stays true to their perspective. Their music glides through dream-pop, skittish,
off-kilter electronica & psychedelic-rock, creating cosmic-influenced ethereal soundscapes, which swirl below Chantel’s haunting, yet beautiful melodies. The pursuit of an authentic & honest sound has earned the band various honours in international competitions such as Culture Collide’s pick to perform at SXSW 2017, as well as Converse’s Music Global Takeover and the attention of Grammy Award winner Darryl Torr, who had this to say about the band: “When listening to Diamond Thug, you are taken on a journey. It’s the effortless vocals, supported by a solid band, that tips you over the edge & pulls you through into their world. It’s rare to find a voice that can execute such interesting melodies so effortlessly as well as a band that leaves space for the vocals to shine, yet are able to maintain musical integrity.”

“Cosmic Dreamer speaks to the expedition of a traveler yearning to drift out of the space they occupy. An external force grips them, pulling them beyond the realm of their experience, giving them a taste of a new expansive, exciting and awakening orbit. The song describes the liberating journey of escaping one’s known world, bending the rules of gravity and breaking the bounds separating reality from surreality.”