When Happyness first burst into the public conscience with 2013’s debut single It’s On You, their spirited take on US college rock was as big a surprise as it was an instant hit. The resulting full length, Weird Little Birthday, went on to feature in many of 2014’s End of Year album lists. Worldwide tours, an NME Award, a re-issue on the much-loved labels Moshi Moshi Recordings (Bar/None in US), and millions of Spotify plays later, it is with some anticipation that news of album number two begins to surface. Currently only two things remain certain: Spring 2017 will see the release of Weird Little Birthday’s successor, and today they share the first taste of what the album will sound like in the form of new single Falling Down. 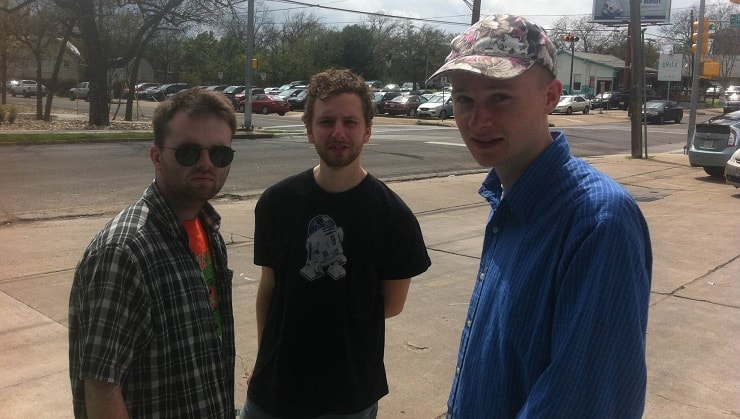 Following news that their YALA club night headline show for The Maccabees’ Felix White sold out within two hours, the band also announce today their biggest London headline show to date: 28th April, The Dome, Tufnell Park. Tickets for the show will go on sale at 9am on Wednesday 23rd November, and be available from Rock Feedback. Singer and guitarist Jon EE Allan shares a little about where the band are coming from with Falling Down, and it’s epic two-minute introduction. “One of many anti-overthinking songs. I think we thought it would be funny to trick people into thinking we’d turned into Interpol or something for about 15 seconds at the beginning of the record. I remember we were talking at the beginning of the recording sessions about Wizzard and Roxy Music and us maybe taking a leaf out of the whole glam rock thing, but getting it a bit wrong. Like children dressing up in their parents’ clothes or something – completely silly but very serious about it. I don’t think we ended up pushing that line of thought for the whole of this song, or even for THAT much of the album, but maybe a bit of it made it into the outro synths.