Following the release of their tropical single ‘Primavera’ Ft. A.CHAL, Hansaa and Soso welcome in the New Year with the stirring visuals to their latest single ‘Nights’.
The indie-electro track tells a story of desire for the unknown – wanting something that is unreachable yet impossible to forget. The production oscillates around a steady, fluid drone that drives the track forward, while Hansaa’s signature sound delicately dances around the dramatic vocals from Emma Sameth. Directed by previous collaborator Julian Pircher, the video symbolises a young man’s emotions after meeting a woman that he will most likely never see again. The feelings of torment are captured perfectly with warped imagery and camera tricks that turn the expressive production, into a wholly sensory experience. 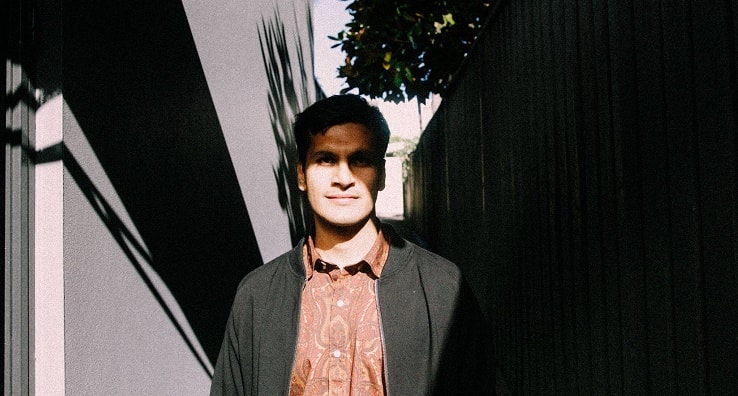 With the addition of Sameth on vocals, ‘Nights’ further demonstrates Hansaa and Soso’s penchant for pairing their productions with singers that perfectly complement their sound. A.CHAL’s smooth tones were an idyllic match for the R&B infused electronica of ‘Primavera’, whilst Oliver Tank’s distorted, vocals lifted the fluttering ambience of their debut release ‘Need To Know’.
Hansaa – who has been cosigned by Aussie producer Ta-Ku – met Ryan Aicklen and Danny Thrasher AKA Soso, whilst making music in LA’s experimental circuit.

Their shared love for electro and hip hop inspired music led them to team up, for what is now their third release as a collaboration. Since their debut single in the summer of 2017, the boys have been championed by the likes of Highsnobiety, Thissongissick, Triple J, BBC Radio 1 and 1Xtra and Radio X. Psychedelic and moving, Hansaa and Soso’s production, combined with the striking visuals, is a stunningly visceral piece that cohesively portrays raw emotion. This collaboration between two talented artists is a winning formula that has once again proven to be a tour de force in the experimental music scenes from Sydney to LA.