Produced at Unveiled Records by John True and Stephen Johnson and composed and written by Drea Marilyn, “Calgary” is an effervescent track with an arrangement that seems to glisten and undulated under layers of beautiful instrumentation. Drea and guest vocalist, Jonathan Lacayo, create a fiery chemistry together, one that folds into the rhythmic atmosphere of the music with ease. The vocal harmonies fall softly over one another and build an innate sense of airy effortlessness that enraptures the listener from start to finish. The tranquil vibe feeds the story of a love that requires work and dedication, crafting a track that feels equal parts uncertain romance and sensual hopefulness. 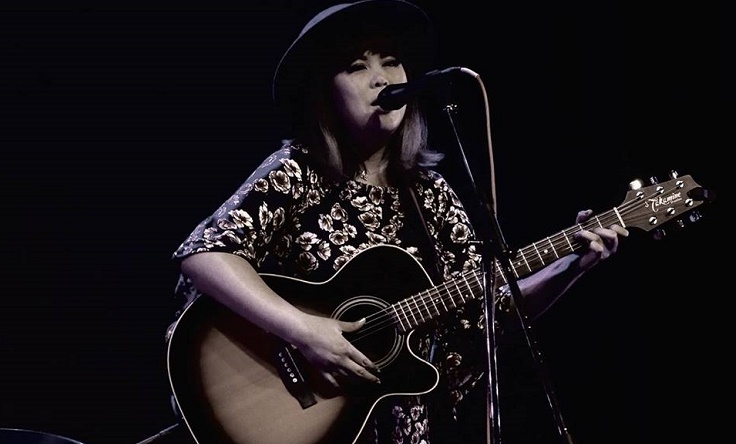 Drea Marilyn is a singer/songwriter and multi-instrumentalist now living Seattle, Washington. Her sound has been compared to Feist, Norah Jones, Fiona Apple, with a slight bossa nova feel. She’s toured all over South Korea with her band Drea & the Marilyns. Drea & the Marilyns released their debut EP entitled ‘En Route’ in 2014. They’re featured single ‘Moons’ have been nominated for WomeninCharg3 2015. Drea currently finished her latest EP ‘ Sun & Moon, toured the Pacfic Northwest and Southern California, which included performing with her band at the 2018 NAMM Show. She just released her new single ‘Calgary’ which features Jonathan Lacayo, and is preparing for her first East Coast Tour.

Drea & the Marilyns: Calgary Lyrics:
We live in a house
Made of playing cards
Founded on sand
And fragile hearts