GTA San Andreas Trainer. Grand Theft Auto: San Andreas is a Rockstar North-developed video game, and so has references to storylines and characters from both Grand Theft Auto III and Grand Theft Auto: Vice City. It is set in the fictional state of San Andreas. By far the largest and most complex playing field of any Grand Theft Auto III-era game, San Andreas consists of three fully-realized cities: Los Santos, San Fierro and Las Venturas, and includes vast expanses of countryside, forests, a desert, and even a mountain and many hills. The game is centered around the return of Carl Johnson (also known as CJ) to his gang (the Grove Street Families), and their subsequent return to power. 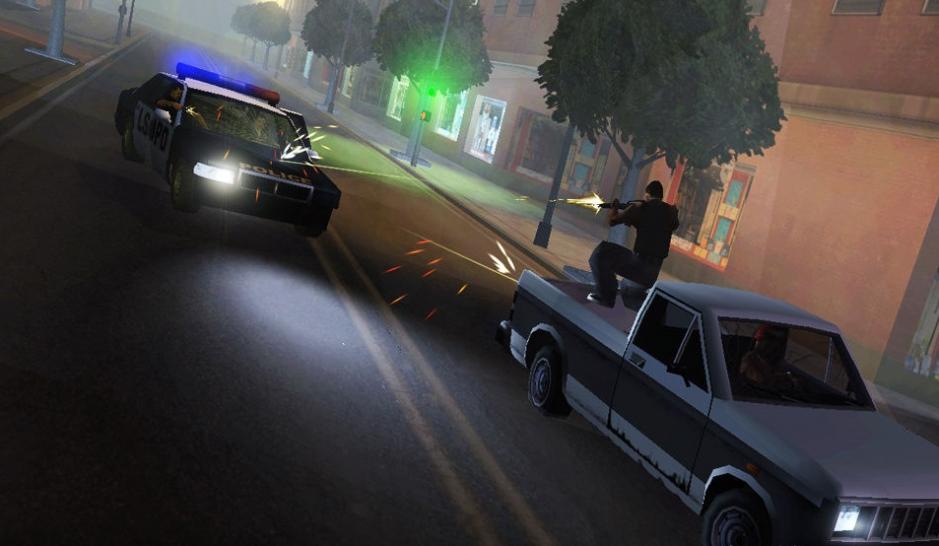 “Five years ago Carl Johnson escaped from the pressures of life in Los Santos, San Andreas… a city tearing itself apart with gang trouble, drugs and corruption. Where film stars and millionaires do their best to avoid the dealers and gang-bangers. Now, it’s the early 90’s. Carl’s got to go home. His mother has been murdered, his family has fallen apart and his childhood friends are all heading towards disaster. On his return to the neighborhood, a couple of corrupt cops frame him for homicide. CJ is forced on a journey that takes him across the entire state of San Andreas, to save his family and to take control of the streets.” ―The Rockstar Games Website.