God Eater 2: Rage Burst is an expansion of God Eater 2, adding new features and elements to the game. It was released in Japan on February 19th, 2015 and Taiwan on February 26, 2015 for PS Vita and PS4. “GOD EATER 2 Rage Burst is coming out physically and digitally on PS4, PS Vita and PC Digital the 30th of August 2016 in Europe, Middle-East, Australasia, Africa & the US. When buying GOD EATER 2 Rage Burst, you will be offered GOD EATER Resurrection.” The struggle of God Eaters, like that of the members of Blood, had ended. The “Devouring Apocalypse”, a threat that would engulf the world, changed its form into a structure known as the “Spiral Tree” due to the sacrifice of a God Arc user. Then, one day something odd in the “Spiral Tree” happens. The members of Blood set out for an investigation together with fellow God Arc user, Livie Collete dispatched by Fenrir headquarters. While each holds their own feelings in their hearts, they will have to confront with the Spiral Tree once more… The balance of the world and a promise with a comrade. Something awaits for Blood at the depths of the spiral tree…. In addition to the story of God Eater 2, Rage Burst adds a continuation to the story of Julius Visconti’s fate. By exploring the Spiral Tree, there will be encounters with some Aragami never seen before alongside with new areas. Blood Rage/Rage Burst: By sliding an on-screen icon, numerous vows to select from and complete on a certain Aragami are shown. Upon completion, damage multipliers will be granted depending on the percentage accumulated alongside greater mobility (infinite HP, ST & Dash). Furthermore, a special theme will play. 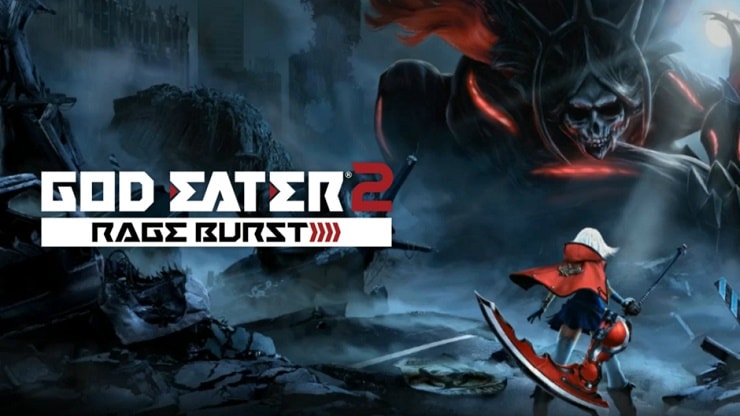