Skip to content
Home » Music » Gloria Prince: All to Me

Gloria Prince, whose nickname is Glo, was born in Houston TX and she spent her early years in Prairie View TX. The stunning singer, songwriter, and performer arrives with a distinctive voice and dynamic dancing skills. She credits her musical influences with the likes of Beyoncé, Stacie Orrico, Jojo, Janet Jackson, and Brandy. Gloria is known as the “girl next door” with a quiet personality but when it’s time to perform, her distinctive voice and incredible hip hop dancing skills is a force to be reckoned with. She wants her music and dance to inspire people and truly believes that with hard work, one can achieve great success or she calls it “glo up”! 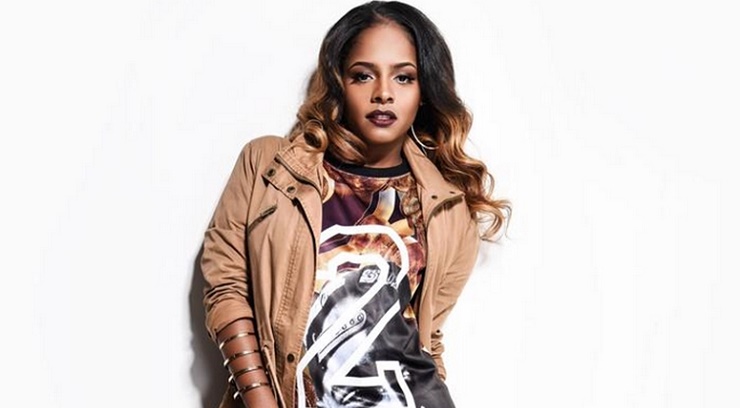 When Gloria is not in a studio or dancing on stage she donates one of her many talents by teaching hip hop dance classes to children in Kampala, Uganda on the Reaction Tour which is an outreach of Kenneth Copeland Ministries founded by Courtney Copeland that exists to empower children around the world, through the display of God’s love, using avenues of sports, discipleship, dance and music. She will be traveling to Africa again in January 2016. She states, “The Reaction Tour is an opportunity to reach kids at a higher level—a level that the world is not familiar with. What seems like a simple dance camp is actually an avenue for lives to be reborn and hearts to be touched like never before.”

Gloria Prince: All to Me

February 10, 2015 Gloria released a mixtape title “XoGlo” which are throwback covers of her favorite R&B songs from late 90’s & early 2000’s (Soundcloud Throwback Mixtape). She feels like true singing in R&B is missing nowadays and the mixtape brings back the R&B we all fell in love with. On September 25, 2015 she release her debut single to her fans “Right There”. Currently Gloria is in the studio finishing up her upcoming R&B debut EP titled “The Road to Glorie”. She wants everyone to know that “I dedicated my life to this,” she leaves off. “I’m really focused. I’m on my grind. I’m not here to play games. This is one-hundred percent who I am, and I think the music says that loud and clear. The Mult-faceted singer/songwriter/artist Gloria Prince is quickly becoming “one to watch” in the entertainment industry and continues her movement #GlorieGang

Gloria Prince: All to Me Lyrics: