Glasser is the ethereal electronic project of Cameron Mesirow, a Los Angeles native surrounded by classic and more challenging music since birth. Mesirow’s father is a member of the Blue Man Group, while her mother played with Human Sexual Response in the ’70s and ’80s. She grew up listening to Motown and new wave, but in her teens she discovered punk, grunge, and ska. By the time she was in her twenties, Mesirow felt ready to make her own music and, inspired by a vision she had of a figure hovering over water, her nom de musique became Glasser. She crafted GarageBand demos that pitted her delicate, swooping vocals over spare electronic rhythms and circular melodies that evoked avant-garde music and global folk at the same time. These tracks made their way to the labels True Panther and Young Turks, which released the Apply EP in 2009 and the Tremel single in 2010. Glasser toured with the xx and Sigur Rós’ Jónsi with a rotating cast of supporting players, including producers Van Rivers and the Subliminal Kid, who worked with her on her debut album, Ring (so named for its flowing structure), which arrived in September 2010. Re-teaming with Rivers, Mesirow continued her focus on the emotional and physical aspects of structures with her 2013 album, Interiors, which was inspired by her move to New York and Rem Koolhaas’ book Delirious New York, among other influences.

Glasser – Shape Lyrics:
I live on the beach
Water surrounding me
And it’s got too deep
I let it get too deep

Undo and displace me
But I know I’ll stay
Can’t ever get away
When the crossing gets too wide then I go home
To the fluctuation I have on my own
And I look out longingly over the beach
There’s an ocean making life beyond my reach
And the vastness is too much for me to stand
And by the light of the truth all I can do is bow. 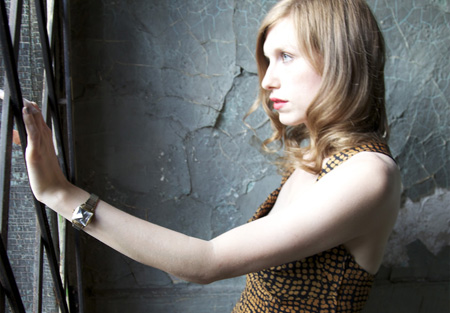