Skip to content
Home » Music » Colour Bomb – On The Run

Colour Bomb is the brainchild of James Saunders and Tom Whitty. Influenced by classic songwriters like Billy Joel and Nick Cave, and reminiscent of artists like David Bowie and The Police, Colour Bomb very much retain their own sound, best described as, interesting and beautiful, alternative modern pop. James and Tom have been writing together since they met in high school, over 10 years ago. Multi-talented vocalist James Saunders doubles as Colour Bombs producer. His unique voice has seen him collaborate and perform with a number of groups over the years. When James is not immersed in the Colour Bomb world, he also plays in Gotye’s band. His unique arrangement choices and artistic vision has hugely helped define Colour Bomb’s sound. ‘On The Run’ is the duo’s debut single and is a lush, melodic and heartbreakingly nostalgic track which traces the idea of young love with shaky hands. ‘On The Run’ embodies a sentiment full of summer – those bright but bitter-sweet sort of summers that are filled with a heavy heartache and that nagging feeling that she might just be too good for you.

Colour Bomb – On The Run

Colour Bomb – On The Run Lyrics: 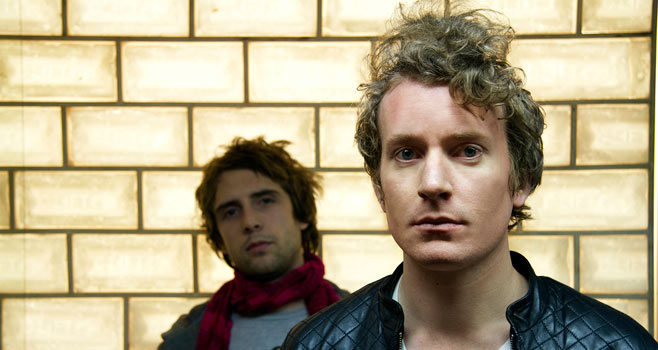