Gang Colours – Why Didn’t You Call feat. Lulu James. Southampton, England native Will Ozanne introduced his Gang Colours alias in 2010 with “No Clear Reason,” a bright and dreamy cross between downtempo electronica and U.K. garage, on Gilles Peterson’s sixth Brownswood Bubblers compilation. In Your Gut Like a Knife, a four-track EP highlighted by the somber, Whitney Houston-sampling title track, was released the following year on Brownswood. The producer and vocalist’s first full-length, The Keychain Collection, arrived in February 2012 and was geared more toward home listening than club play. Lead single “Fancy Restaurant” featured a sensitive, low-key vocal from Ozanne and earned comparisons to James Blake.

Co-written with the supremely talented Lulu James, this is a traditional (and perhaps unlikely) duet balancing Ozanne’s raw emotion with the effortless poise and elegance of Miss James – a truly unique British soul vocalist poised to break through into mainstream consciousness. She will support Ellie Goulding across the UK in October and join the ‘Annie Mac Presents’ tour a month later. Her debut album is slated for the beginning of 2014. 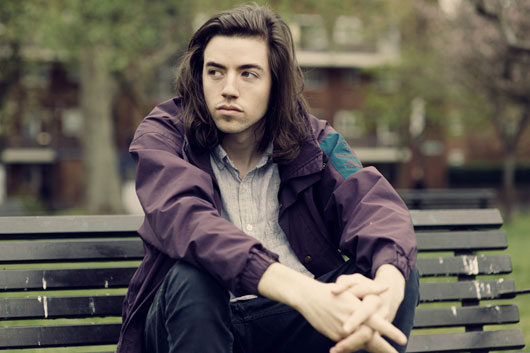