Game Of Thrones: TellTale Games Episode 1 Trainer. Game of Thrones is an episodic graphic adventure based on the A Song of Ice and Fire books and television series, starting in December 2014 for Microsoft Windows, OS X, PlayStation 3, PlayStation 4, Xbox 360 and Xbox One. The game is being developed by Telltale Games in partnership with Ty Corey Franck, the personal assistant of the books’ author George R. R. Martin, who works as the “story consultant”. The game will follow a similar episodic format to other Telltale titles, such as The Walking Dead, The Wolf Among Us, and Tales from the Borderlands, where player choices and actions have significant effects on later story elements across the six-episode arc. While the game will include settings and characters (including voice work provided by the actors that portray these characters on the television show), Telltale’s game will introduce a yet-seen House Forrester that controls the Ironwood forest in the north of Westeros, from which five members will be playable characters within the game. Wikipedia®. 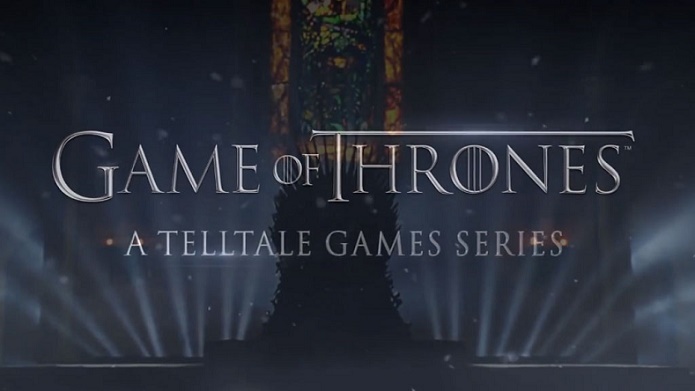 Based on HBO’s award-winning television drama, Game of Thrones – A Telltale Games Series tells the story of House Forrester, a noble house from the north of Westeros. Caught up in the events of The War of the Five Kings, they are placed in a precarious position where members of the household must do everything they can to prevent the house from meeting its doom. The main characters are from House Forrester. The Forresters are a family of the minor nobility from the Wolfswood in the North, bannermen to House Glover – who are in themselves major vassals sworn to House Stark of Winterfell. The seat of House Forrester is Ironrath, an imposing stronghold in the forest surrounded by ironwood trees. Their House words are “Iron from Ice”, echoing their believe that the severe cold and hostile landscape of the North only make them stronger.