One morning, when he was four years old, Gabriel Rios attempted to fly: he jumped from the couch in the living room and landed in a huge glass vase that immediately burst into pieces, cutting his left eyelid. His grandmother, who was sitting on the same couch doing her morning prayers, began to scream, waking up Gabriel’s parents who ran over to see what had happened. They quickly took him to the bathroom where they held him up with his back to them, facing the mirror. At the time, he didn’t understand why he was being shown his own bleeding face. Later on, they took him to the hospital where, still dressed as Superman, he received twelve stitches and an eye patch that resembled that of a pirate, which he kind of enjoyed. The year was 1978. Charlie Chaplin’s 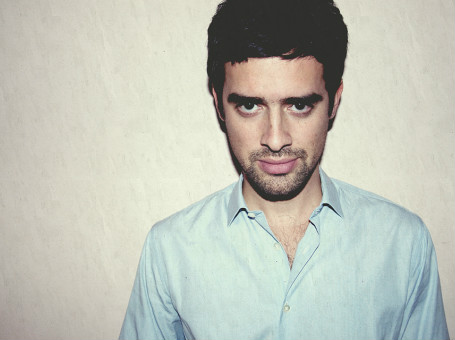 The year was 1978. Charlie Chaplin’s coffin had been stolen from a Swiss cemetery. Shortly after, Karl Wallenda of the Flying Wallendas died after falling off a tight-rope between two hotels in San Juan, Puerto Rico. Good a time as any to join the human comedy, Gabriel thought. So he packed his collective unconscious baggage and headed for the “Island of Wonder.” Upon arrival, Gabriel realized that earning his chops among the ranks of the local catholic schoolboy choir, playing Extreme and Gun’s R Roses covers at local dive bars, and moonlighting as a Caribbean punk rocker merited an exciting next adventure. So, naturally, he packed his teenage angst and burgeoning neurosis, as well as a healthy love of the unknown, and headed for the Old World. Belgium was a welcoming place. A fleeting five years earned Gabriel a Fine Arts Diploma and a unique place in the local music scene. Finding himself far from home, songs played by his father and grandfather began to visit him in dreams. In a cold attic and with a more than worthy sidekick (Jo Bogaert of Technotronic), he concocted a blend of Puerto Rican rhythms and Belgium surrealism that churned through computers and samplers and became two consecutive albums: Ghostboy and Angelhead. The European festival scene is an enticing and powerful force. Crowds cheering, brass blowing, people knowing the words to your songs. And let’s not forget the good food. Feels like one could stay there forever, but Gabriel started to feel the pull of a smaller, organic, and more intimate set up. Flanked by Kobe Proesmans and Jeff Neve, he hit the theater circuit with a new sound and a new album. The Dangerous Return is a stripped-down collection of songs featuring piano, percussion, and guitar interwoven with whimsical tales of growing older and of the end of the world as we know it. And so it was that the need to fly proved irresistible… once again. It was only after his arrival in New York, that he realized with a strange grin on his face that he had forgotten to pack.