Far Cry Primal is an action-adventure video game developed and published by Ubisoft. It was released for the PlayStation 4 and Xbox One on February 23, 2016, and it was also released for Microsoft Windows on March 1, 2016. The game is set in the Stone Age, and revolves around the story of Takkar, who starts off as an unarmed hunter and rises to become the leader of a tribe. Far Cry Primal is an action-adventure video game. As the game is set in pre-historic times, the traditional gunplay and vehicle gameplay featured in the series were removed, and players can only get access to melee weapons like spears, clubs, axes, and short-ranged weapons like bows. Players cannot purchase weapons, and must craft them using the materials scavenged in the world such as wood and stone. As players progress, they can craft more lethal weapons with a larger variety of resources. Players are also tasked to hunt for food and learn to create fire.[8] Besides facing natural predators, players also get the chance to be the leader of a tribe, and drive other tribes away from the world. With this feature, players are tasked to manage and protect their fellow tribe members. The game also features a day-night cycle, which will affect gameplay. At night, some enemies become more aggressive and dangerous. Players can make use of fire as a tool for personal protection or hunting at night. Players can tame wildlife such as prehistoric badgers and saber-toothed cats in the game by giving them food to eat. These animals serve as a companion for players and assist them in combating enemies after being tamed. Wikipedia®. 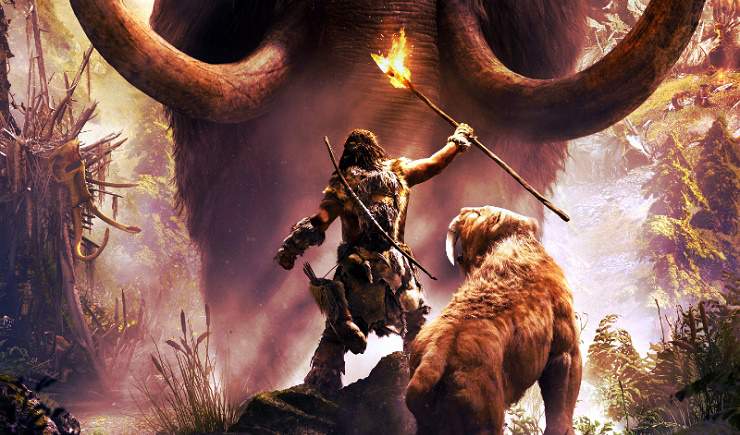