Emily Millard, known formerly as Miss Emily Brown, is a Canadian singer-songwriter whose unique blend of art-folk has been called “inventive”, “haunting” and “beautifully ethereal.” Alchemically combining poetry with vintage keys, steel strings and found-instruments, Emily braves the space between silence and sound with her unmistakable voice. In the last ten years, Emily has released four records under the moniker Miss Emily Brown. Her new single Paradise (March 2016), a collaboration with Martyn Heyne (Efterklang), marks Emily’s first release under her birth name. 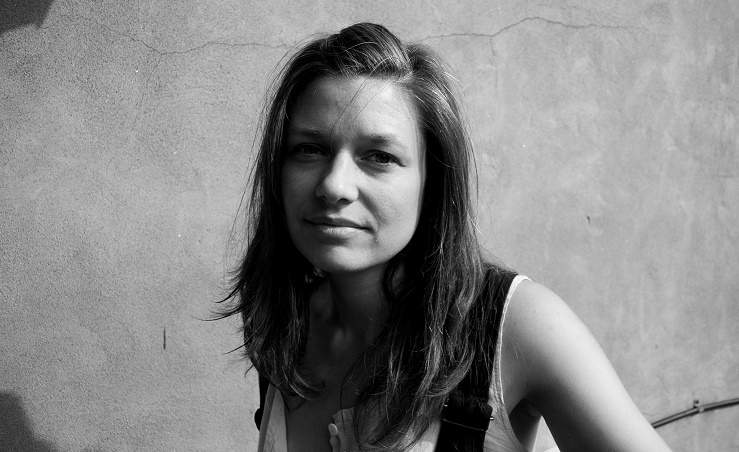 Paradise is the story of a long winter’s walk on Quadra Island, a remote location on Canada’s West Coast. Produced by Martyn Heyne (Efterklang, Nils Frahm), the single was recorded at the edge of Berlin’s Tempelhofer Park and features field recordings from the abandoned 1920’s airfield. Paradise is a sonic blend of vintage parlor and tenor guitars, synths & analog effects. The single offers a hint of what’s to come: Emily’s full-length album By Heron & By Season is slated for release in the fall of 2016. Produced by Toronto’s Sandro Perri, the record features intimate performances from Emily along with some of Canada’s most innovative instrumentalists. The record will be accompanied by a collection of poetry by the same name. In 2010, Emily released In Technicolor, a folk-pop record based on her grandmother’s wartime diary. The album was nominated for a Canadian Folk Music Award for “Pushing the Boundaries” and took Emily to the top five nominees for CBC Radio 3’s Bucky Award for Best New Artist. Her 2008 debut release Part of You Pours Out of Me was named one of the top twelve albums of the year by CBC radio’s Bandwidth.