There’s more to music than a microphone and crowded venues for 23-year-old Emi Morris. Theres a message. An obligation. Theres an incredible story to be told. With Country and Blues musical influences, Morris sets the bar for her musical journey just right above perfect. Emi was brought up on the East side of Altlanta. Growing up it was no secret she had a love for singing, writing, and acting. After being introduced to stories told in country music and rhythm and blues, Morris wanted to tell her own journeys through song. With her honest, ambitious work ethic, Morris has nailed roles as the leading lady in multiple stage plays and idependent films. With Co-stars like Toni Terry, Q Parker, Keke Wyatt and the likes, Emi’s talent on many different levels of art continue to amaze audiences across the Nation. Not only has she performed in front of the camera, she aslo has been a steady heavy hitter behind the scences as well. Writing music for other artist and creating music scores/soundtracks for films, Emi has already written and arranged a large portion of the soundtrack to “You, Me, and the Circus” (Independent film produced by Omar Epps and Ty Hodges available in online stores). As a big part of giving back to her community, Emi has also written the hit single “Love Yourself” for the Bridge Da Gap Non-profit organzation that encourages the use of music to influence positive self-esteem in young students, Created by Platinum Producer Kevin “Khao” Cates. Although artist of many genres influence her, Emi Morris describes her sound as Pop/R&B. The voices of Emeli Sande, Anita Baker, Brandy and Beyonce gave her confidence that people would want to hear her uniqueness as an Artsist too. She says finding herself as a female artist with such a deep, rich alto voice was challenging at times, but is now one her favorite qualities that she feels sets her apart. Having a knack for making people feel, move, and experience something through music, she knows her abilities will continue to produce positive results and impact the world in a better way. As a singer, actress, songwriter and entrepreneur, Emi Morris is committed to impacting her generation one note at a time. 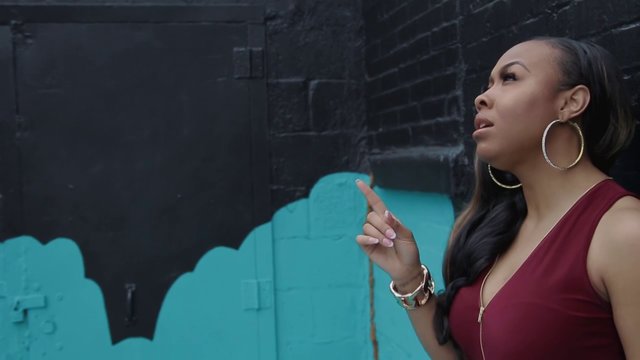