James Bond 007: Blood Stone is a third-person shooter video game, developed by Bizarre Creations and published by Activision for the Microsoft Windows, Nintendo DS, PlayStation 3 and Xbox 360 platforms. It is the 24th game in the James Bond series although it is not a direct sequel to any game; it is the first game since 007: Everything or Nothing to have an original story. The game was confirmed by Activision on July 16, 2010. The game was released on November 2, 2010 in North America and released on November 5, 2010 in Europe. Activision’s GoldenEye 007 (2010) was released on the same day respectively in each region. Blood Stone features the voices and likenesses of Daniel Craig, Judi Dench, and Joss Stone. 007: Blood Stone was the final game developed by Bizarre Creations before it closed its doors on February 18, 2011. The game is a third-person shooter with elements of hand-to-hand combat. Some design features are retained from 007: Quantum of Solace. There are some driving sequences. Blood Stone features a focus aim system which allows players to lock onto targets after melee takedowns, similar to the “Mark and Execute” feature from Tom Clancy’s Splinter Cell: Conviction. There is also a multiplayer mode consisting of up to 16 players that will pit spies versus mercenaries. Alongside team deathmatch and other standard game modes there are massive objective-based battles where players have to work as a team to attack or defend various spy-themed goals. The player also pilots several vehicle types throughout the course of the game. Wikipedia®. 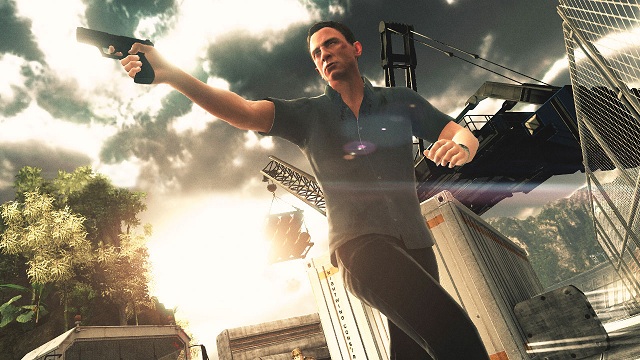