Elizabeth Rose produces and writes electronic pop songs that are at once bright and moody, layering catchy melodies against shimmering synths and pulsing beats. Her debut EP, Crystallise, established her as one of the most exciting new voices in Australian electronic music, and her second self-titled follow up, released January 2014, delivered on this promise and then some, with richer harmonies, more intricate melodies and a deeper set of sounds and influences. In her short career, Rose has received a number of accolades. She won the QANTAS Spirit Of Youth Music Award, FBi Radio ‘Next Big Thing’ SMAC award and was selected in Triple J’s ‘Next Crop’. Her 2014 EP went to #1 on iTunes AU Electronic Charts, #1 most played at Triple J radio for single ‘The Good Life’ and saw her first plays on UK’s XFM, 6music and on U.S College Radio. 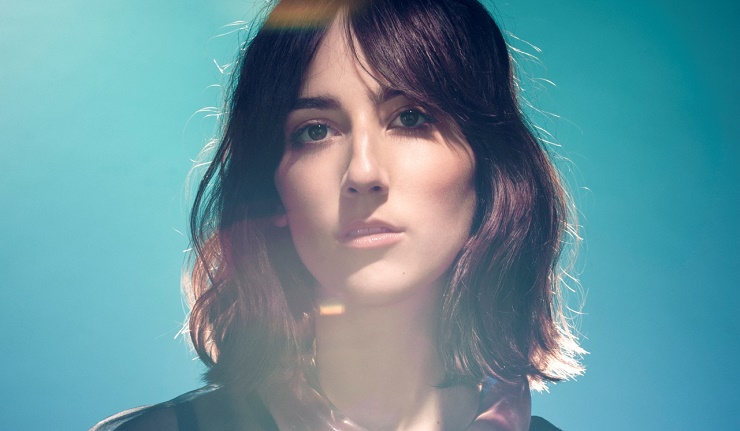 She has also racked up a list of seriously impressive collaborations. Her debut EP, Crystallise, featured collaboration with UK producer Sinden, and Rose has appeared as a vocalist on tracks for Dr. Don Don, Flight Facilities & The Aston Shuffle. Early 2015, she released single Another Earth, coproduced with Brooklyn’s Chrome Sparks and accompanied by a remix from Future Classic label mates HWLS (Ta-Ku and Kit Pop). Most recently,  Rose made her deep concern with Australian laws preventing marriage equality known with new single Division. Co-produced with Dennis Dowlut (Electric Empire), the singles delicate instrumentals, largely powered through cascading piano allow plenty of room for Rose’s stunning vocals to shine through, putting the message of “Division” front and centre – where a message of this urgency should be.

Deeply concerned by Australian laws preventing marriage equality, Elizabeth Rose has made her opinion known here on her new single “Division”. Culturally, “Division” could not have come at a more appropriate time. Australia is one of the last developed nations to vote on marriage equality and considering 72% of the population support it, we are all waiting with baited breath to learn the outcome of the current political debates surrounding the issue.

“Ireland recently became the nineteenth country to allow same sex marriage, they join the Netherlands, Argentina, Brazil, Sweden, Norway, France, New Zealand, Canada, South Africa, Spain and the U.K. We are moving towards this significant moment in Australian history and I urge people to accept and embrace this need for equality in our country.” – Elizabeth Rose

Elizabeth Rose – Division Lyrics:
This world around me
Is it hopeless thinking today?
Everywhere we see
It’s the division hurting you and me
Time to change is it time to rearrange?
It starts with you
I can vouch for the truth we doubted
But will you stand your ground?

Point the blame but what’s the gain?
I could be hung up or lead the change if you want the same?
At square one, we’ve come undone
I can feel the hurt, it’s running strong
Don’t you crave the same?

Complacent they be
But they can’t erase what should be for free
I got friends who need
Need the satisfaction of equality
Had enough? Have you heard enough yet?
The night is young
By and by we won’t need to try
Don’t bide your time

Flaws in the plan
A face without a name
Why hold onto something that only separates?
Roll with the waves
Carry it through
When you want something take it
Don’t be the one who fakes it

Point the blame but what’s the gain?
I could be hung up or lead the change if you want the same?
At square one, we’ve come undone
I can feel the hurt, it’s running strong
Don’t you crave the same?