The Elder Scrolls V: Skyrim is an action role-playing open world video game developed by Bethesda Game Studios and published by Bethesda Softworks. It is the fifth installment in The Elder Scrolls action role-playing video game series, following The Elder Scrolls IV: Oblivion. Skyrim was released on November 11, 2011, for Microsoft Windows, PlayStation 3 and Xbox 360. Skyrim’s main story revolves around the player character’s efforts to defeat Alduin, a Dragon who is prophesied to destroy the world. Set two hundred years after Oblivion, the game takes place in the fictional province of Skyrim, upon the continent of Tamriel, and the planet of Nirn. The game continues the open world tradition of its predecessors by allowing the player to travel anywhere in the game world at any time and to ignore or postpone the main storyline indefinitely. A perpetual objective for players is to improve their character’s skills, which are numerical representations of certain abilities. Skyrim was a critical and commercial success, shipping over 7 million copies to retailers within the first week of release. Several add-ons have subsequently been released, which include Dawnguard, Hearthfire and Dragonborn. A collection, which was released as The Elder Scrolls V: Skyrim Legendary Edition, a package including the latest patch and all three expansion packs, was released on June 4, 2013 for all three platforms. Wikipedia®. 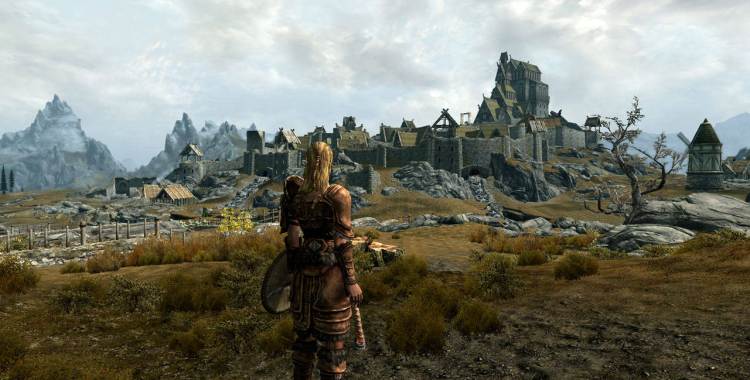