Double Dragon IV is a beat ’em up video game in the Double Dragon series. After the defeat of the Black Warriors in Double Dragon II, Billy and Jimmy Lee look to spread their Sōsetsuken martial art by establishing dojos around the country. However, they soon face a new threat in a gang called the Renegades, who have teamed up with the Black Warriors to put an end to Billy and Jimmy once and for all. The Double Dragon franchise was instrumental in turning brawlers into a bustling genre during the arcade era. Jimmy and Billy Lee now return decades later (once again tasked with rescuing Marian), and their journey takes them down memory lane for franchise fans with tons of foes from previous entries and a juiced-up soundtrack that brings the old tunes out with a fresh twist. If you’re looking for a title drenched in nostalgia – right down to the retro graphics and mind-numbing platforming challenges – this is one you don’t want to miss. But recalling your memories of Double Dragons long past may be more enjoyable than this new experience. 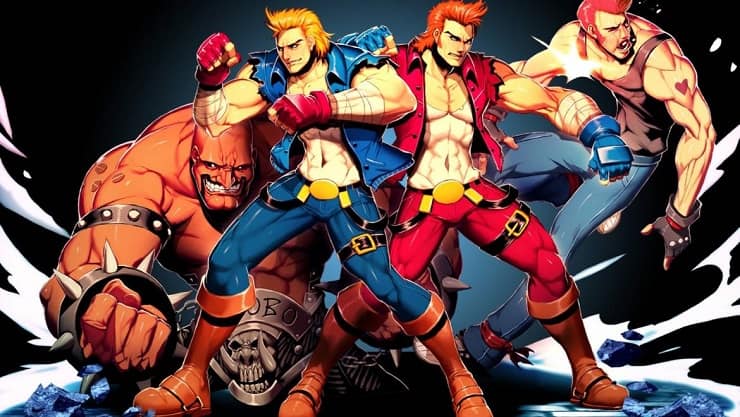 Double Dragon began in 1987 as an arcade game, and is credited as the series that established the side-scrolling beat ’em up genre.The game features Billy and Jimmy Lee, both masters of the Sōsetsuken martial art. In addition to kicks and punches, the two also use special moves and enemy weapons to take down foes in a captivating fashion as they progress through the game’s stages.It is a game renowned for its satisfying difficulty balance and fun cooperative mode.In 2017, the Double Dragon series celebrates its 30th birthday!
Double Dragon IVScreenshotDouble Dragon IV is the next chapter in the Double Dragon series, made in celebration of the original game’s 30th anniversary.It preserves the original game’s charm and adds many new features, such as new modes and characters! The wealth of features gives the game a replay value that will keep you coming back for more!Fan favorite characters from the past may also make an appearance!With its variety of new features, you won’t want to miss Double Dragon IV!