“Divinity II” is an action role-playing game developed by Larian Studios. Its first release in 2009 was subtitled Ego Draconis, and was published by dtp entertainment and in the United States by cdv Entertainment. The updated 2011 rerelease The Dragon Knight Saga which included the expansion Flames of Vengeance, as well as the final 2012 release as Divinity II: Developer’s Cut, were published by Focus Home Interactive. The defining feature of Divinity II is the ability to switch between aerial combat as a dragon, and more traditional third-person action-role playing gameplay as a human. It is the third game in the Divinity franchise, and the first Divinity game to be released on consoles as well as for Windows. The main focus of the game is on traditional action-role playing gameplay, which includes completing quests, exploring the game world, and interacting with a variety of non-player characters. Divinity II utilizes some elements of games like Diablo and World of Warcraft, such as a focus on upgrading equipment, randomized magical effects on equipment, unique item sets that offer greater benefits when used together, and some quest mechanics such as markers to show that an NPC will offer a quest to the player. However, it also uses elements from more traditional computer role playing games, such as branching conversation trees, choices which affect other events in the game, and non-combat segments, such as platforming or puzzle elements. When interacting with non-player characters, the player will often have the option to read their minds, which can provide information, extra choices in a quest, or equipment, at a certain cost to their experience points. The ‘experience debt’ then has to be repaid before they can gain experience again. Wikipedia®. 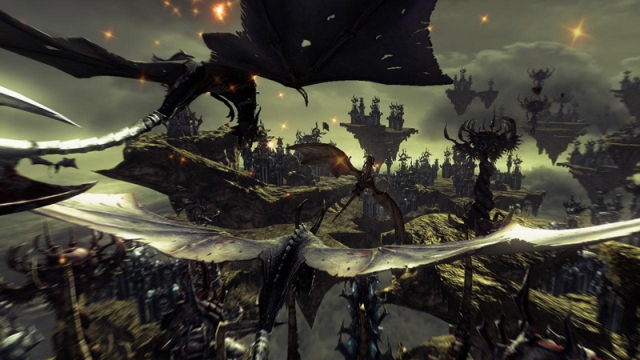